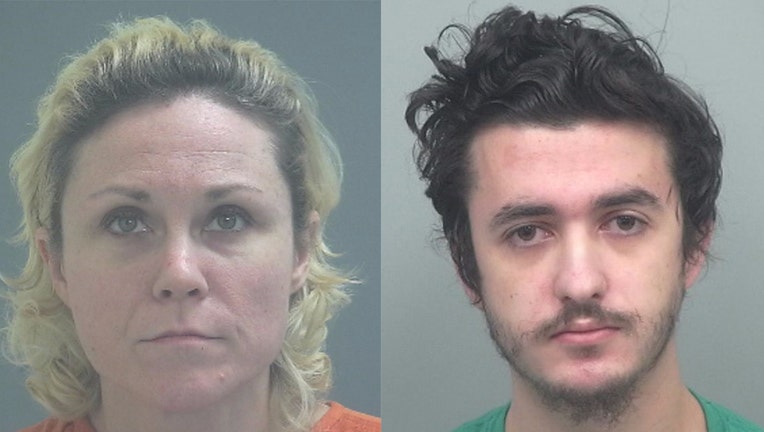 BUFORD, Ga. - A Florida woman and Georgia man have been arrested after police said they flew a 12-year-old girl from Texas for sex.

Adrienne Klein, 43, of Gulf Breeze, Florida, was charged with enticing a child for indecent purposes and cruelty to children in the 2nd degree.

Gesart Hoxha, 20, of Buford, Georgia, was charged with child molestation, statutory rape, enticing a child for indecent purposes and employing or using a minor to engage in or assist a person in sexually explicit conduct for a visual medium.

Gwinnett County police said Klein and Hoxha arraigned for the 12-year-old girl to fly from Texas to the Atlanta area and paid for a hotel for the girl to stay.

Police said the investigation began in Texas. The Arlington Police Department contacted investigators with the Gwinnett Police Internet Crimes against Children Taskforce on Sept. 7 about the case. Soon after, a search warrant was executed at Hoxha’s home located at an apartment complex on Appaloosa Lane in Buford.

Their current incarceration status was not known.