Nearly 30 911 calls made about block party before shooting

DC officials confirmed they are now looking into potential charges against the person who threw that un-permitted cookout Saturday night in Southeast. The District’s Mayor confirmed today 22 people total were shot.

WASHINGTON (FOX 5 DC) - On Monday, FOX 5 learned 9-1-1 calls to complain about the Saturday cookout that ended in 20 people shot, a 17-year-old killed and an off-duty police officer seriously injured, started coming in to D.C.’s emergency call center at around 9 o’clock Saturday evening. That’s at least three hours before police say at least four suspects fired over 100 rounds into a non-permitted gathering that hosted hundreds of people.

READ MORE: One dead, 20 others wounded after mass shooting at cookout in Southeast DC

At a Monday news conference held with public safety officials, Mayor Muriel Bowser updated the number of those injured to be a total of 22 people shot, including the 17-year-old killed.

The event, which officials say included illegal public drinking, drug usage and violated the Mayor’s restrictions on COVID19 gatherings, was billed on social media fliers to be a “5th Annual Cookout” at the 3300 block of Dubois St. Southeast.

“I don’t even have a word to explain -- ridiculous is the only word that I can explain – unacceptable. We all need to actually, everybody who attend that event, everybody that has information has a civic responsibly to let us know who was responsible for this,” said DC Police Chief Peter Newsham.

Chief Newsham and D.C. Mayor Muriel Bowser on Monday, doubled-down on their message: this shooting could have happened anywhere.

When asked, Chief Newsham told FOX 5 the 9-1-1 calls complaining of this gathering began to come in at around 9 o’clock Saturday evening. A spokesperson with the Office of Unified Communications confirmed almost 30 of those 9-1-1 calls received were made before the shooting.

“Callers’ complaints were regarding blocked streets, party guests not social distancing nor wearing masks, and crowd size in general. Four calls were related to ATV’s and dirt bikes that were also in the vicinity of the block party at 3300 block of Dubois PL SE,” part of a statement from OUC read.

Also during Monday’s news conference, Mayor Bowser criticized reports focusing on the illegal gathering itself and questions on attempts to stop it. When asked what was being done to prevent this type of gathering, the Mayor said in part of her remarks:

“We don’t think it’s okay for a block party to grow in that size. And at the same time I’m saying that, there’s other people saying, ‘Well you can’t send in more police Bowser, that’s just going to cause more trouble,’ okay. So there is a conundrum. We don’t want people gathering for COVID, certainly, but we also don’t want a young person to go to a block party where likely there are a lot of people there with guns. Alright, so we can’t ensure your safety in that environment. So the chief is very committed, as we all are, to make sure environments, not just the block party, but somebody’s house party or cul-de-sac in somebody else’s community … that we don’t have gunfire or people with guns.”

On Monday, D.C. recorded 118 homicides, a 20 percent increase from this same time last year, according to MPD statistics.

Mayor Bowser called the situation “urgent” and called the gun violence “truly reckless” behavior, but did not address any new plans to address the increase of violence this year.

7B ANC Commissioner Patricia Howard-Chittams, who represents the Greenway neighborhood where the mass shooting took place, criticized both the Chief and Mayor on Monday for not providing the 6th District with more officer support that she says, the community has been asking for – for years.

“If the Mayor can send over 12 police officers to arrest two students who were writing in chalk, ‘Black Pre-born Lives Matter’ in front of Planned Parenthood, the mayor could have ensured there were enough officers to address this issue,” said Howard Chittams, highlighting that Chief di confirm police knew this event was going to take place.

“The mayor has shown once again, that East of the river is not a priority for her,” charged Howard-Chittams. 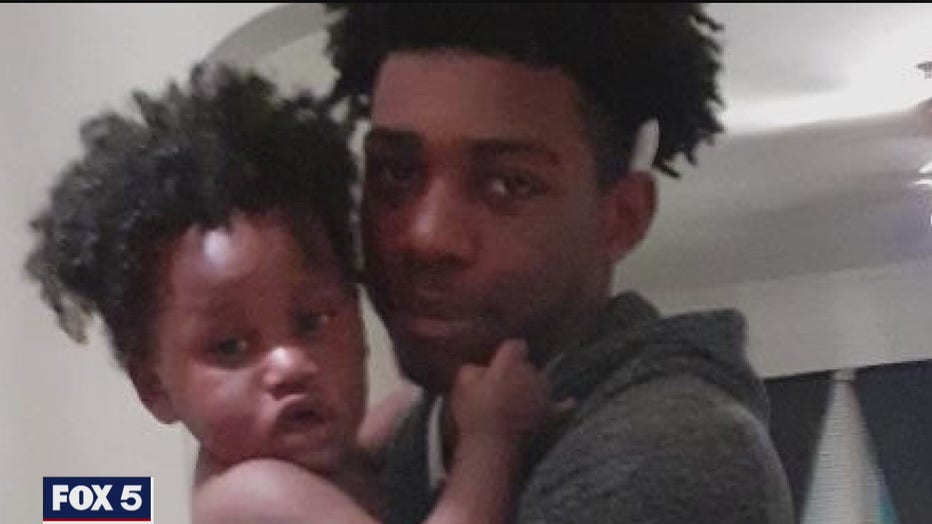 The early Sunday morning shooting claimed the life of 17-year-old Christopher Brown, who went by “Poppy.” His family told FOX 5 Brown was the father of a one-year-old with a second baby on the way.

After the Mayor’s news conference, Brown's cousin angrily repeated her frustration. “Why was this not broken up?” Octavia Browns said over the phone.

Homeowners and activists with The Alliance of Concerned Men were seen in the streets near the 3300 block of Dubois PL SE, sweeping left-over broken glass and trash city street-sweepers were unable pick-up from chaotic Sunday morning scene.

“Maybe they could have responded to the point of breaking it up in the contents of getting it here. That sounds like a good reasonable factors to some degree,” said Tyrone C. Parker, Executive Director of The Alliance of Concerned Men, “but my concern is there’s so many guns on the streets, until almost any type of indifferences produce this type of behavior where they’re pulling out guns and just shooting each other for no apparent reason. That’s why we’ve got to take a deep dive.”

“I’m upset. I’m traumatized, I’m in shock,” said Chioma Iwuoha, a Ward 7 Democrat also running for the neighborhood’s ANC 7B01 Commissioner seat, “I really am praying for the family of the young man who lost his life and I really hopes the city comes together and wraps their arms around this family.”

Iwuoha lives just a few doors down from where the cookout took place and tells FOX 5 she traveled there at around midnight to hand out some of the extra face masks she had left over from her community organizing work. She tells FOX 5 she took cover behind a set of front steps and returned later to see shell casings all around the area where she sought cover.

“We didn’t know what was going to happen but once we saw – once people saw the police, I think there was a sense of safety. And it just shows you just like, that-that’s not the reality and even with police here, that things like this still happen and that we’ve got to get to the deeper root causes of – like, how do we address violence in our communities? And it’s not just police presence,” Iwuoha added.

“Unfortunately, these situations are exactly what we were afraid of. For two months, the DC Council has demonized cops and told them all the professional, responsible work they do needs to stop. Now they’ve passed sweeping laws that discourage good police work. Criminals know this and that’s why they have no hesitation firing illegal firearms into a peaceful block party.”

DC Police are offering a $25,000 reward for anyone with information leading to an arrest. Chief Newsham also gave praise to the multiple officers who were on scene and who were seen on cell phone video immediately rushing to render the gunshot victims' aid.

Officials are also looking into whether the organizers of the cookout can face charges.