Louise McClary, 75, was crossing the street when the structure came tumbling down. She broke her arm while trying to escape, but admits her injuries could be worse.

McClary tells FOX 5 she passes the building at least four times a week going to church and doctor’s appointments. She never saw the collapse coming, but she did hear it and shares the terrifying aftermath. 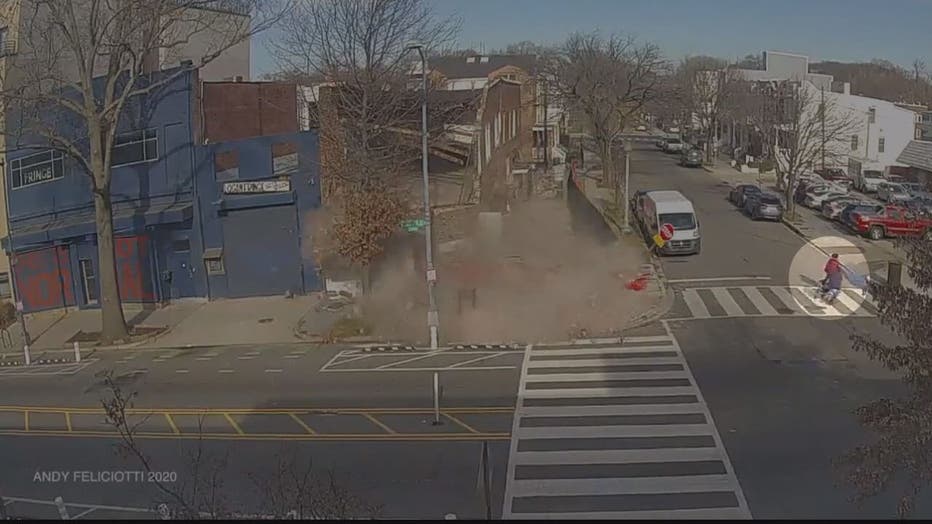 “I was coming from the bus stop and in the intersection... I didn’t know what it was,” said McClary in an interview with FOX 5’s Tisha Lewis on Thursday.

McClary says she heard the collapse before she saw it.  At the time, nearby home surveillance video shows she was in the crosswalk near Florida Avenue and Staples Street, with her walker and home health aide.

Her daughter saw the alarming video like nearly half a million people.

“Coming from work and was so afraid. Praying on the way there and when I got to the hospital she was in X-ray... it could have been the other way,” said Roberta Brown.

“God was there because sometimes we have... all things,” she said.

McClary says she does have concerns about other buildings in the area.

Fire and rescue crews responded to a scene in Northeast DC after a building partially collapsed on Wednesday.

The District’s Department of Regulatory and Consumer Affairs says an inspects has been on site since the collapse.

FOX 5 is awaiting information regarding the inspection history prior to the incident.