BATON ROUGE, La. - Louisiana health officials announced Tuesday they are revoking the licenses of nursing homes that were evacuated to a warehouse where seven residents died amid deteriorating conditions after Hurricane Ida.

The seven homes — all owned by one person — "clearly failed to execute their emergency preparedness plans to provide essential care and services to their residents," Department of Health Secretary Courtney Phillips said in a statement.

Authorities found some seniors lying on mattresses on the floor, without food or clean clothes, and detected strong odors of feces in the warehouse, located in the town of Independence.

State health officials have launched an investigation into the deaths. A police official said the warehouse was equipped to handle 300 to 500 people but ultimately took in more than 800, all of whom were evacuated from the seven nursing homes before Ida roared ashore in southeast Louisiana on Aug. 29. 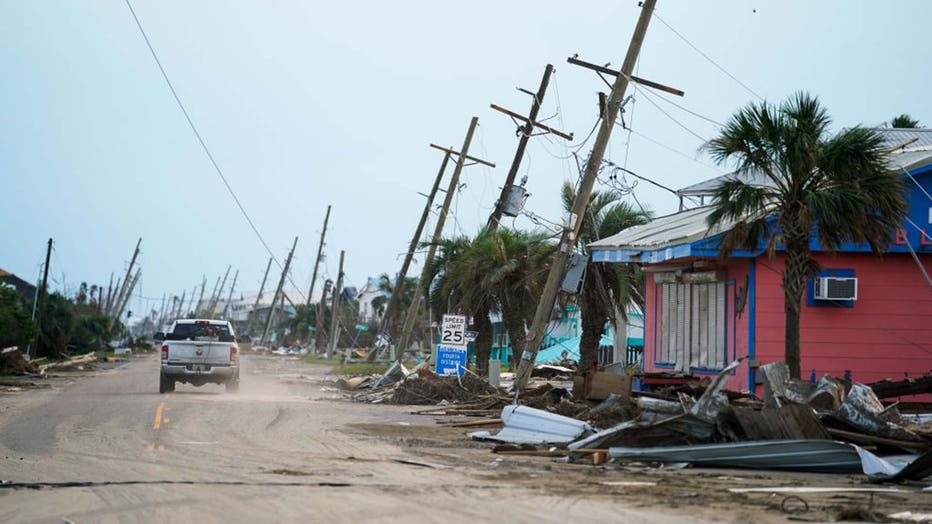 FILE - A motorist drives down a road in the wake of Hurricane Ida on Sept. 4, 2021 in Grand Isle, Louisiana.

"When issues arose post-storm, we now know the level of care for these residents plummeted," Phillips said. She added, "Ultimately, lives were lost. These were grandparents, neighbors and friends, and we know families are hurting."

State health officials said the owner, Bob Dean, failed to contact them for help and threw inspectors from the agency off the property.

Dean has not responded to messages left by The Associated Press at multiple phone numbers listed for him and his businesses. But he defended the Ida evacuation in a phone interview with WAFB-TV last week.

"We only had five deaths within the six days, and normally with 850 people you’ll have a couple a day, so we did really good with taking care of people," he told the station.

Even before the evacuation, Dean’s nursing facilities and their quality of care received poor federal ratings based on inspections. Medicare.gov gives six of the seven nursing homes the lowest possible rating, and five of the sites were specifically criticized for poor "quality of resident care."