Five-year-old Paige Neale has a disease doctors believe only 100 people on the planet have ever had.

Five-year-old Paige Neale has a disease doctors believe only 100 people on the planet have ever had.

Essentially, Paige’s body is missing the "off" button our body uses to tell itself to stop fighting an infection or injury. In turn, her body attacks itself and its effects are already being seen on her joints, stomach, and lungs. 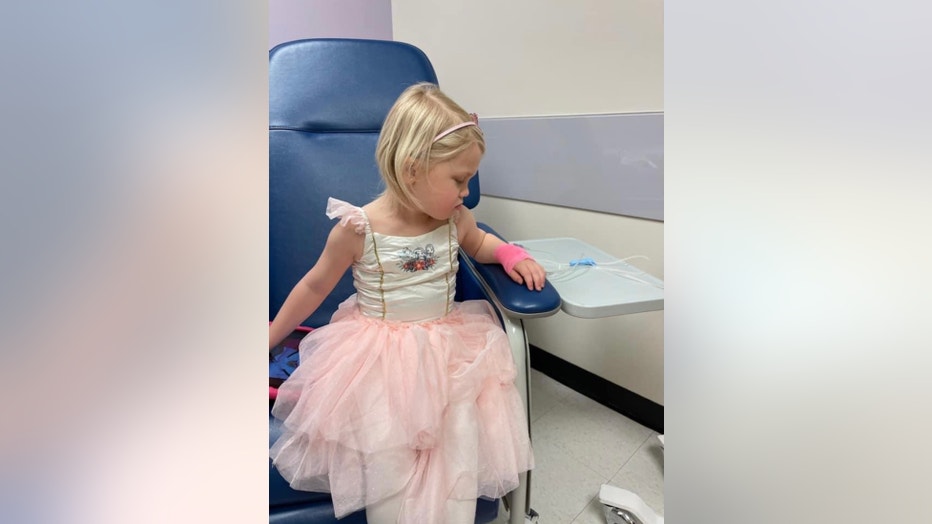 "It’s such a tough diagnosis because you don’t know what to expect what is ahead for her and what we do next," said Mike Neale.

When FOX 5 met Paige and her Mt. Airy, Maryland family, it was by chance.

It was the first time her parents took her out of the house in months. The family went skiing; all to give Paige a sense of normalcy in the midst of the COVID pandemic.

For the lively and spunky girly girl with a personality for days, the trip outside the house was a memory in the making.

Paige will soon get a new shot at life. She's getting a bone marrow transplant. Her three-year-old sister is a 100 percent match.

In the meantime, Paige’s reality can sometimes be tough. 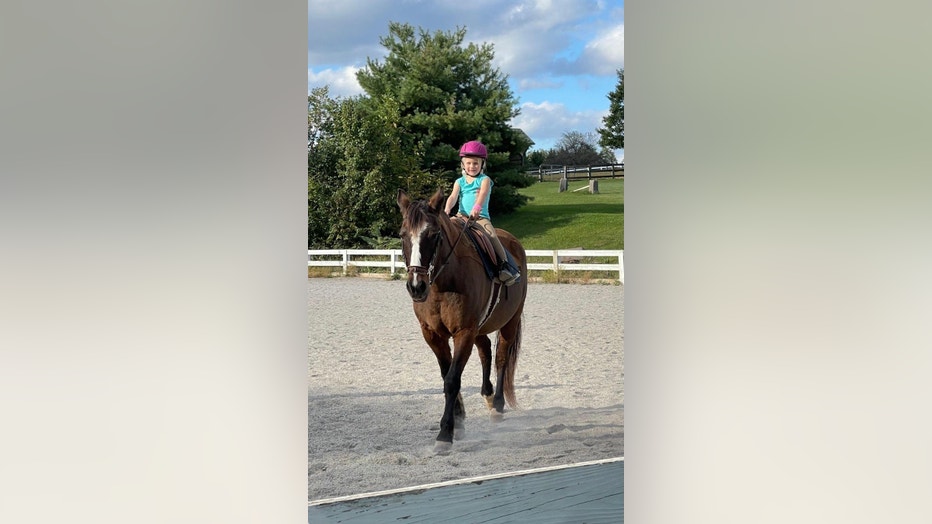 She gets bi-weekly shots that cost thousands of dollars to help keep her alive.

"Right now you look at her, and she looks like a completely healthy five-year-old girl," said Mike Neale.

"We tend to forget how sick she was leading up to that, so we question ourselves: Should we be putting her through this bone marrow transplant that is going to destroy her immune system and make her really sick?" he went on to say.

But the Neale’s remain hopeful for Paige’s future.

"If it’s successful, they’ve told us, she won’t have to have these shots, injections, and she’s going to lead a perfectly normal life … So that’s the ultimate goal, obviously."

Paige will start her bone marrow transplant in April at the Children’s Hospital of Philadelphia. She has also been seeing doctors at Johns Hopkins and The National Institute of Health.