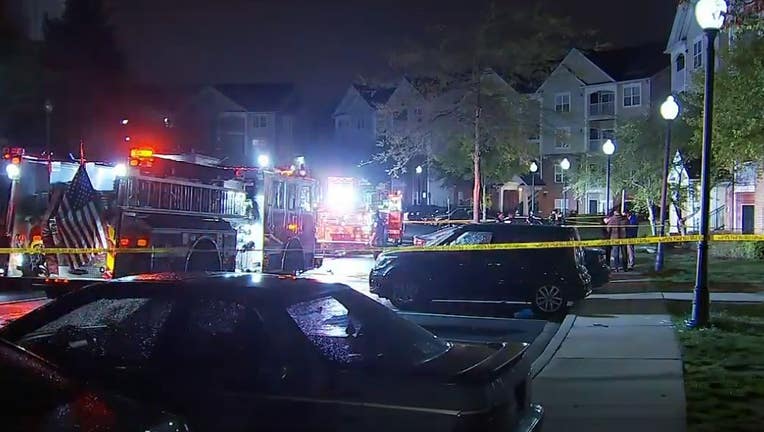 WASHINGTON - D.C. police say they were responding to a fire in a Southeast neighborhood when they found three women who had been shot Monday night.

Two of the women have died at the scene in the 2300 block of Good Hope Court, Southeast.

An infant was within the apartment when the incident occured. The infant was not injured.

The fire has been extinguished, police say.

Police found one victim inside an apartment, the other two were outside.

They believe the shootings were related to a domestic incident, and the shooter set the fire while exiting the building.

Police have not released any suspect information at this time.