2 killed, another shot in attempted break-in

Three people were shot and two were killed when a pair of men tried to force their way into a Woodbridge home on Friday, Prince William County police say.

20-year-old Joseph James Harden and the homeowner, identified as a 59-year-old woman, and two contractors were inside the home on Renegade Court when the break-in occurred around 11:29 a.m. Friday.

A shootout ensued. Harden and one of the intruders, identified as Zhabriell Antoine Perkins, were shot and died at the scene.

Police say one of the contractors, identified as a 21-year-old man, suffered a non-life threatening gunshot wound to the lower body. 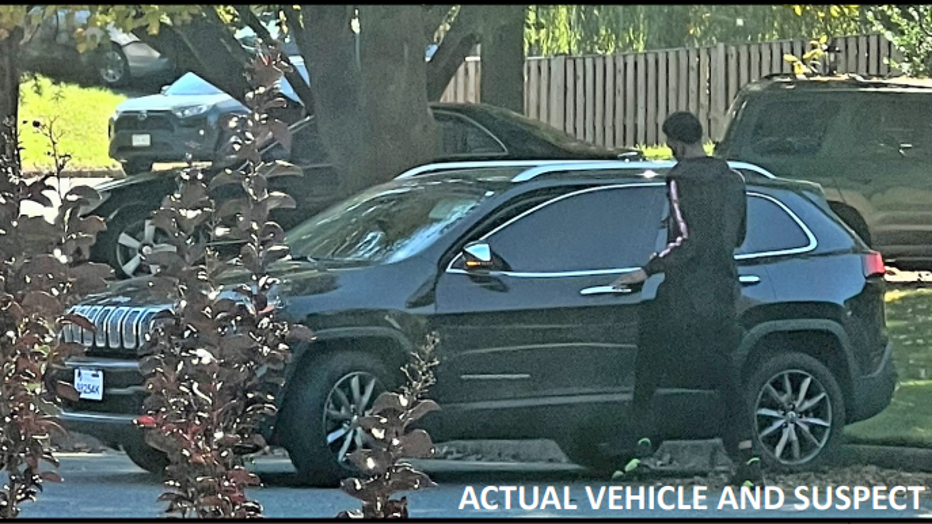 Police shared this photo of the surviving suspect and vehicle.

The surviving suspect is described as an approximately 6-foot-3 black man with a thin build. He was last seen wearing a black track jacket and pants.

Police believe Harden was targeted in the shooting. Their investigation continues.

ORIGINAL: Three people were shot and two were killed when a pair of men tried to force their way into a Woodbridge home on Friday, Prince William County police say.

According to police, they responded to the home in the 14100 block of Renegade Court around 11:29 a.m. after a shooting was reported.

Investigators believe gunfire erupted between the two men who were trying to break in, and a man who lived there.

The male resident and one of the suspects were both killed in the exchange of gun fire.

The other suspect reportedly ran away.

Two other men were working on the home during the incident, and one of them was struck by a bullet. He was taken to a local hospital for treatment, and police say his injuries are not life threatening.

An adult woman, who police believe owns the home, was also there, but she was not shot.

Police say the incident was not random.

They say additional details will be released later.