SKYFox was over the scene of a shooting that happened Friday afternoon in the parking lot of a McDonald's in Riverdale Park, Maryland leaving three people hurt.

RIVERDALE PARK, Md. - Three people were hurt after a shooting at a McDonald's in Prince George's County, according to police.

The Riverdale Park Police said the shooting happened Friday afternoon at the McDonald's located in the 5600 block of Riverdale Road in Riverdale Park, Maryland. 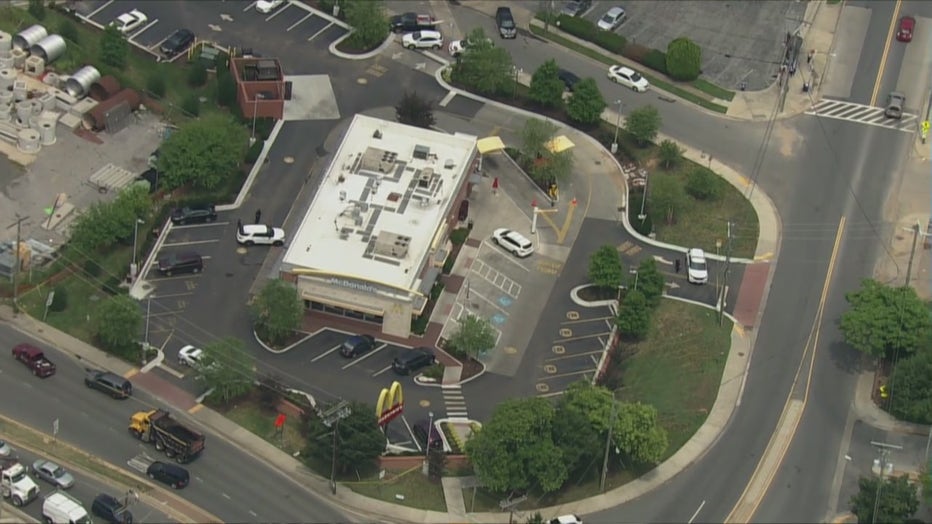 Police confirm that three people were shot and suffered non-life threatening injuries after an argument started inside the restaurant and spilled out into the parking lot. Police said the shooting happened in the restaurant's parking lot.

Officials did not provide details on if the victims were treated for their injuries or not.

Investigators have not revealed any information about a possible suspect or suspects involved.

The Riverdale Park Police department is asking anyone with information on the shooting to call 301-927-4343.