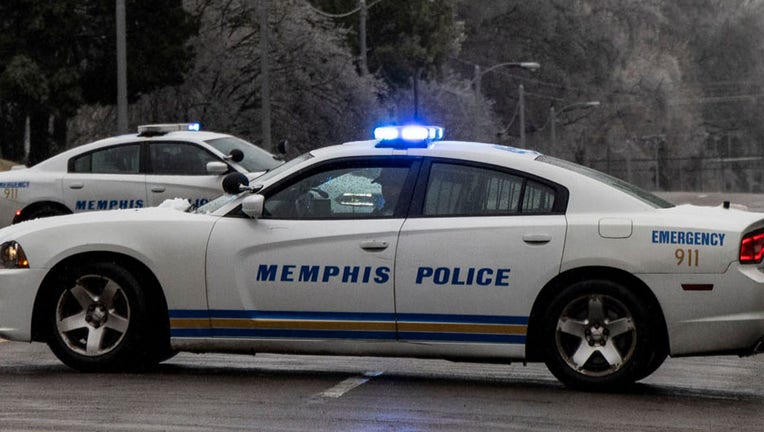 FILE IMAGE - Memphis police officers block off Central Ave. where a power line was downed across the road on February 3, 2022 in Memphis, Tennessee. (Photo by Brad Vest/Getty Images)

Police in Memphis are looking for a kidnapping suspect after three kids were driven off by the suspect in a vehicle Friday, Sept. 2.

Police say the kids have been found safe but the suspect is still wanted at this time.

The kidnapping reportedly happened after a car crash, and the kids were in the car with a man who stopped to offer assistance.

"I was watering my flowers and all of a sudden I heard a ‘Bam!’ and my daughter’s car is parked right on the street and I thought they hit her car. So I ran out and I saw the guy jump out of the white SUV, and I asked him if anything had happened,’ witness Mary Carpenter told FOX 13 in Memphis.

Shortly after that, she said the man involved in the crash actually asked her for a ride.

FOX 13 Memphis reports a different man happened to be driving by at the time and also witnessed the crash. He pulled over to help, just before 5 p.m. local time.

The suspect dropped the kids off several blocks away just minutes later, according to police. Police say the suspect is still wanted and that he has a large gash on his forehead.

"I stopped to help and almost lost everything," the good Samaritan told WMC Action 5 News. "We have to stay closer because everything can be gone in the blink of an eye."

WMC reported the kids were 2, 4 and 6 years old — and that the white SUV the suspect had crashed was reported stolen.

Police in Memphis are investigating another high-profile kidnapping that also happened on Sept. 2.

A 34-year-old teacher hasn’t been seen since she went jogging early that morning. Police say she was "abducted and forced into a mid-sized, dark-colored SUV" around 4:30 a.m. local time.