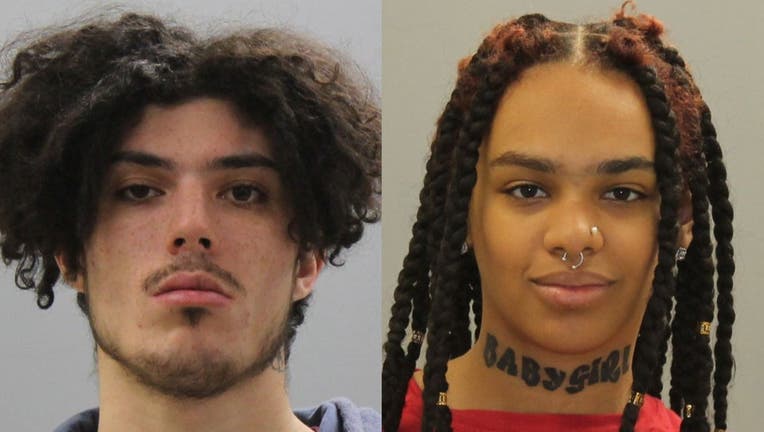 Deputies attempted to locate a reported stolen car that pinged near the area of Lohr Road and Route 15 near Thurmont on Tuesday around 12:28 a.m.

Responding FCSO deputies saw the stolen car traveling south on US 15 and attempted a traffic stop. The suspects fled at a high rate of speed throughout the county.

Deputies were able to successfully deploy stop sticks near the I-70 split. The vehicle then exited onto MD 85 South, ultimately traveling to a dead end on Executive Way, where the four occupants of the vehicle bailed out on foot.

After a foot pursuit, deputies were able to take all four suspects into custody. Two occupants were juveniles and deputies charged and referred them to the Department of Juvenile Services.

The other two suspects are Luis Eduardo Jimenez, 19, and Octavia Natasha Seeney, 19.