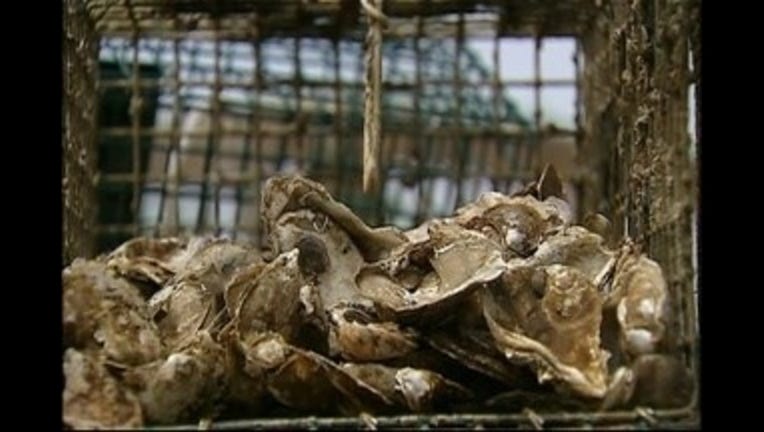 REEDVILLE, Va. (AP) -- Contractors are using ancient shells to restore an oyster sanctuary in the Great Wicomico River. In the $2 million joint venture between the U.S. Army Corps of Engineers and the Virginia Marine Resources Commission, workers dredged 10,000-year-old "fossil" shells from the James River to create the 12-acre oyster reef. The work will elevate the 6-inch reefs that were built more than a decade ago. The Army Corps found that taller 1-foot reefs are better at keeping out sedimentation. Living oysters will naturally take hold of the ancient material and grow there, but they will not be harvested. They are intended to restore the Chesapeake Bay's vastly depleted oyster stocks and provide habitat for other marine creatures, such as another signature bay catch: blue crabs. Oysters also help keep the bay clean. A single adult oyster can purge as many as 50 gallons of water a day. In the past some of the oysters on the reef were poached. The Corps and Marine Resources are teaming for enforcement actions to deter poaching. Work on rebuilding the sanctuary is scheduled to take one month. The area is part of 85 acres set aside in the Great Wicomico for oyster sanctuaries.