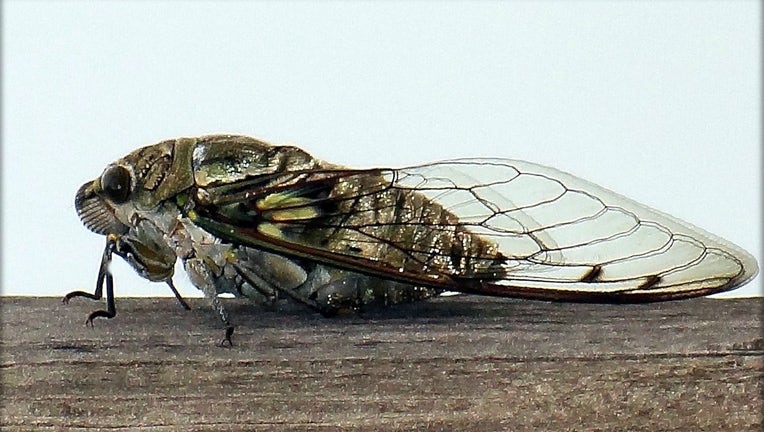 WASHINGTON - Next month, as temperatures warm, billions of cicadas will begin to emerge from the ground as their internal clocks hit the 17-year mark. Soon, their numbers will swell in locations in Ohio, New York, Pennsylvania, Maryland and Virginia and West Virginia, making a racket as the males call for the females.

These red-eyed bugs began their lives in 1999, spent over a decade and a half underground, and soon will complete their life cycles as they crawl aboveground, mate, and then die after a month or a month and a half. The cicadas in this 17-year group are called Brood V, and are actually comprised of three different species. Other cicada species follow a 13-year cycle, or an annual one.

In Ohio, the milestone in the bugs' lives is even cause for celebration among humans-- gift shops will sell a commemorative t-shirt. "It's going to be a wild ride," Wendy Weirich, who directs outdoor education for Cleveland Metroparks in Ohio, told the Plain Dealer. "It's like Rip Van Winkle for insects."

Cleveland Metroparks-- which will host a number of special cicada events, including one called "Cicada Invasion"-- summed up what to expect from the brood's emergence this way: "Overall, there will be a lot of bugs and a lot of noise."