Police have identified the teenage victim of Sunday's shooting on U St. as Chase Lorenzo Poole of Northwest, D.C. FOX 5's Stephanie Ramirez spoke with a grieving family member.

WASHINGTON - The family of a 15-year-old shot and killed following a massive Juneteenth celebration is pleading for the public to come forward.

"He was a baby … he didn’t have anything to do with what was going on," Murray said. "If ya'll know anything. I know about the snitches and all that. I understand this in my community, I Understand it. But when it comes to children, babies. They’re our future. And they’re dying. So somebody gotta say something."

Murray told FOX 5 her mother is the teen victim’s Godmother and helped raise Poole. The 15-year-old Northwest native was one of four people, including a D.C. police officer, shot when gunfire erupted at this past weekend’s Juneteenth celebration near 14th and U St. Northwest on Sunday.

The D.C. police chief told FOX 5 that his officer was released early this morning but still has a bullet lodged in his leg. Two other shooting victims are still in the hospital.

Murray shared photos of the 15-year-old with FOX 5 saying Poole was the oldest of four siblings and has a big extended family. When asked, Murray told FOX 5 Poole had been shot before but described the teen as having been "in the wrong place at the wrong time." She said that has nothing to do with this weekend’s tragedy and believes the 15-year-old was an innocent bystander. 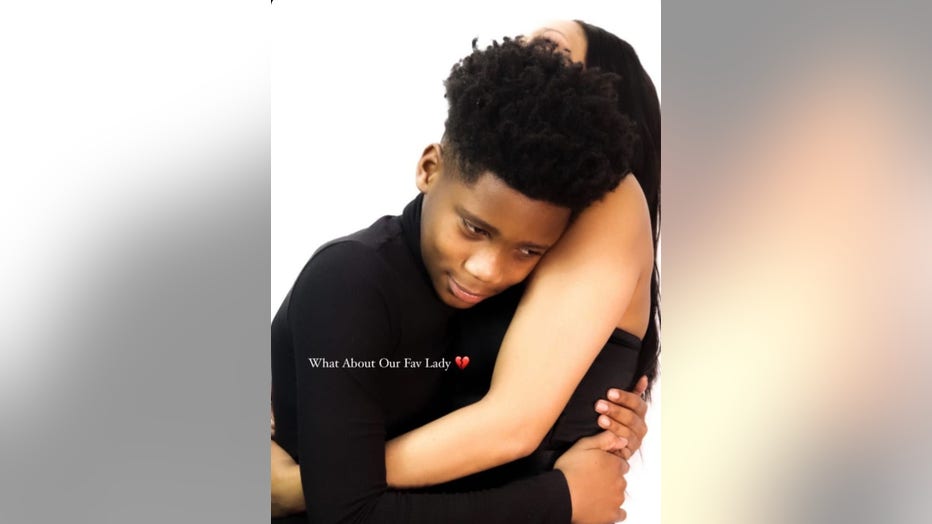 "To know Chase is to know love," she added.

Gunshots rang out at a packed Juneteenth event after 8 p.m. on Sunday. The well-advertised event was put on by the group "Long Live Go-Go" and is described as a peaceful protest called, "Moechella." Fliers for the event say the gathering would go on between 4 p.m. – 8 p.m. The event’s organizer and founder did not respond to FOX 5’s interview request.

Police told FOX 5 that a firearm was found on Poole at the scene. It was one of four guns recovered from the event. Two of them, police say, were BB guns.

"I was sitting next to a cop. Next thing you know shots rang out," Daniel Dyson told FOX 5’s Lindsay Watts on the scene. "He did not want to stay down. He proceeded on. He was shot in the leg. And he kept moving. He went to the fire. He did not run away."

"He was screaming out for his mom," Dyson told Watts. "And it's hurtful to hear that man. And no one was able to help him."

In a news conference after the shooting, D.C. Police Chief Robert Contee and Mayor Muriel Bowser noted this was an "unpermitted" event. The chief also spoke about possibly looking into charges against Moechella’s organizer(s). Mayor Bowser stood by the chief, saying she echoes his sentiments.

The next day FOX 5 learned the Mayor’s Deputy Mayor for Planning and Economic Development John Falciccio had promoted the "unpermitted" Moechella event while speaking with FOX 5 during a Zip Trip segment the Friday before.

"In addition to Something in the Water and the Nationals, there’s also Moechella doing something at 14th and U, which is free and open to the public," he said.

"I don’t think we should really be focused in on the permitted-unpermitted part," D.C. Chief Robert Contee said when asked about those comments and concerns about police not stopping the large gathering sooner. Contee explained that a permit would mean more coordination with D-DOT on street closures, MPD for security, and the Department of Public Works for clean-up.

The police chief told FOX 5 that sometimes those trying to circumvent cost of an event will say the event falls under the umbrella of the "First Amendment."

The city was aware of the event before. D.C. police were on the scene and cell phone videos show DPW salt trucks parked. They are often used to block traffic when there’s a large event that requires street closures.

"These events, while this one at 14th and U St. is on the radar because we had a young man lose his life, the reality is that this is not the first time. These things almost happen every weekend across our city," Chief Contee told FOX 5 on Monday. "I think that there are two things here: you have a civil process, right? Because everything is fine until it’s not and nobody wants to take ownership or responsibility for that – for sending out social media, for gathering people to the event, for those things – but then on the other side, there’s a criminal side to this. There’s a criminal side where we have a 15-year-old who is dead. His parents are preparing a funeral for a young man the day after Father’s Day. That saddens my heart."

"So how are we focusing on that?" Chief Contee continued. "How are we focusing on the people who were out there videotaping who probably have footage or video image of the person who’s responsible for that? I’m asking the people of our community to stand up. If you were there at that event, and you were there in the spirit of Juneteenth. If you really respect the ancestors and all the things that happened and got us to this point, hey stand up and call in and let us know who’s responsible for killing this young man."

15-year-old killed, police officer and 2 others hurt, in shooting at unpermitted DC event

Authorities say a 15-year-old is dead and three others, including a police officer, were hurt during a shooting in Washington, D.C. Sunday.

The frustration was still very high on Monday for both those part of the event and those in attendance.

Ty Hobson-Powell with "Concerned Citizens Demanding Change" told FOX 5 he had a table at the celebration. "The real thing that I want to focus on is how do we secure these events," he said on Monday. He also felt the "unpermitted event" comments were a distraction from crime in D.C.

Poole was actually one of two teenagers shot and killed in D.C. on Father’s Day.

Brown told FOX 5 he was at the gathering and had to throw his children to the ground to protect them twice.

Brown also told FOX 5 that Community Shoulders reached out to city officials specifically wanting to meet to discuss public safety for this past weekend’s planned events, given previous incidents reported on the U and H Street corridors.

"I will keep you posted about how that goes. Again, I appreciate your persistent focus on working to help make all of our city safer!" Part of an emailed response from the Deputy Mayor for Public Safety and Justices’ office read.

An email from the D.C. Police Union President on Monday stated, "This marks the ninth teenager killed this year, and the fourth this month alone. This incident also includes the third MPD officer to be shot this year."

Chairman Gregg Pemberton also wrote in the union’s statement, "The increase in crime has many causes, one of which being the DC Council’s reactionary implementation of police ‘reform’ measures the consequences of which were not properly considered.

"After two years of empirical data, we now know that the whimsical fantasies of ‘police reform’ from demagogues and ideologues like Brianne Nadeau, Charles Allen, and Phil Mendelson are abject failures as they relate to public safety and the health of our communities," Pemberton stated.

D.C. police are offering up to $25,000 for information leading to an arrest.