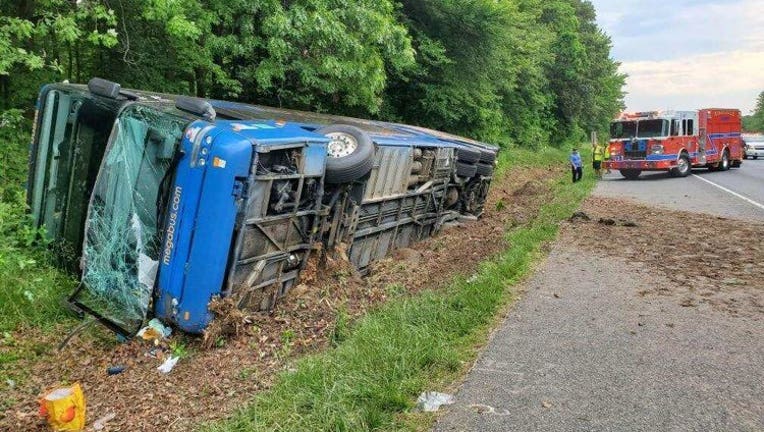 KINGSVILLE, Md. - 15 people are hospitalized after an intercity bus rolled over on its side along I-95 in Northern Maryland, according to authorities.

Baltimore County Fire officials said crews responded to the incident along I-95 south near Kingsville, Maryland around 6:55 Sunday morning. At the scene, crews found a Megabus that had rolled over on its side and came to a rest along the side of the highway near Bradshaw Road and Raphel Road. 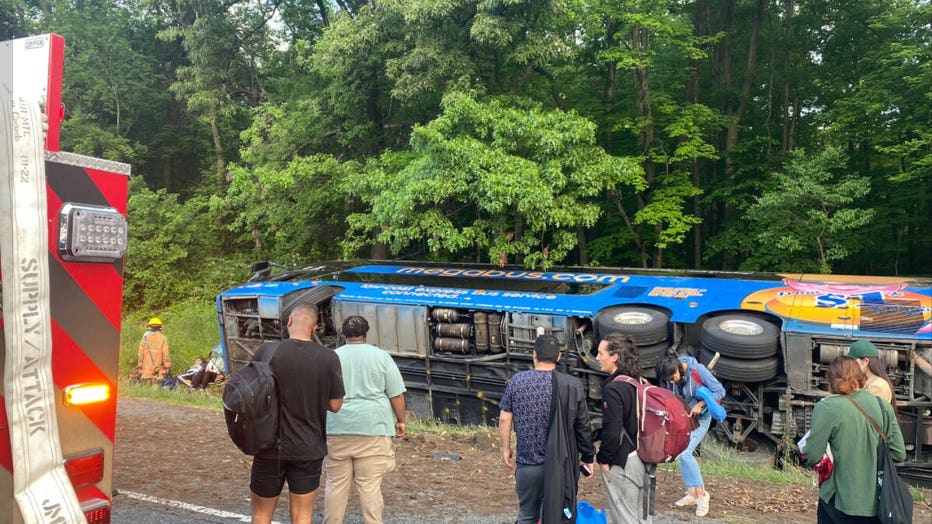 Crews said the bus had 47 passengers inside at the time of the accident. 27 of the passengers suffered minor injuries, and of those people 15 were taken to area hospitals for treatment.

Harford County Fire crews also responded to the scene to help with the aftermath.

Officials said no other cars were involved in the incident.

Maryland State Police will investigate what led up to the crash.