A Texas family has lots to be thankful for this Thanksgiving. Their 13-year-old daughter Emi Ballard is well after undergoing a bone marrow transplant back in August at the National Institutes of Health in Bethesda.

BETHESDA, Md. - A Texas family has lots to be thankful for this Thanksgiving.

Their 13-year-old daughter Emi Ballard is well after undergoing a bone marrow transplant back in August at the National Institutes of Health in Bethesda.

Emi who was born in Belize has had medical issues since she was a baby. Her parents Katie and Jason Ballard of Longview, Texas adopted her, when she was 2-years-old and in need of care for chronic viral and bacterial infections including severe food allergies.

"We have not looked back for a second or considered ourselves heroes in any way," said Mrs. Ballard, "she was ours from the moment we said yes." 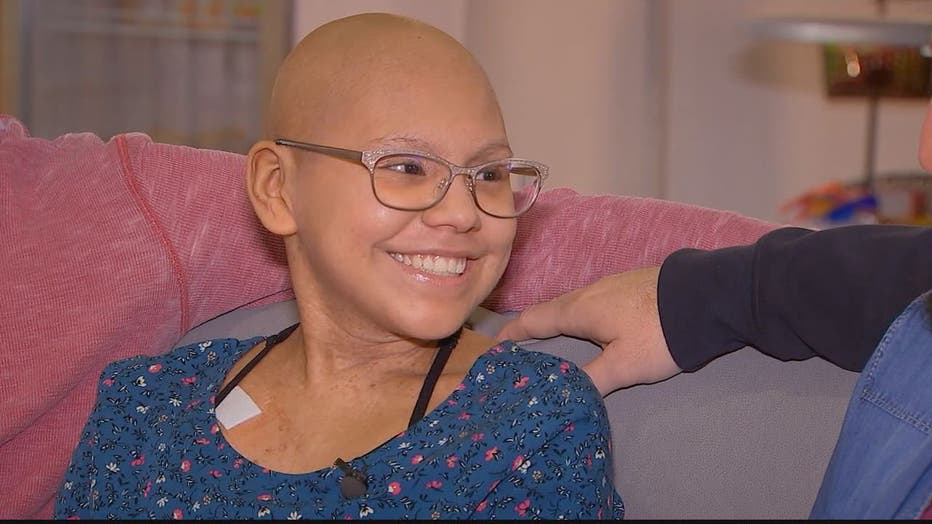 Then a year ago, the adoptive family found out about the rare disease that was causing the young girl's persistent medical challenges, known as Dock 8, a rare immune deficiency that puts children at risk of recurrent infections as well as asthma, allergies, certain types of cancer and even early death.

To complicate matters, no matching stem cell donor could be identified for Emi from a worldwide donor list.

"We had searched long and hard for a match in the registry and tried very hard to find her a stranger match," said Mrs. Ballard.

After several of those unsuccessful tries, Emi's own biological mother from Belize ended up being a match. By mid-August 2019, Emi and her mom flew to Maryland to get Emi ready for her life-saving transplant. They settled into The Children's Inn at NIH, a nonprofit hospitality house that provides free lodging and a wide range of support services to families like Emi's while their children participate in clinical research studies at the NIH. 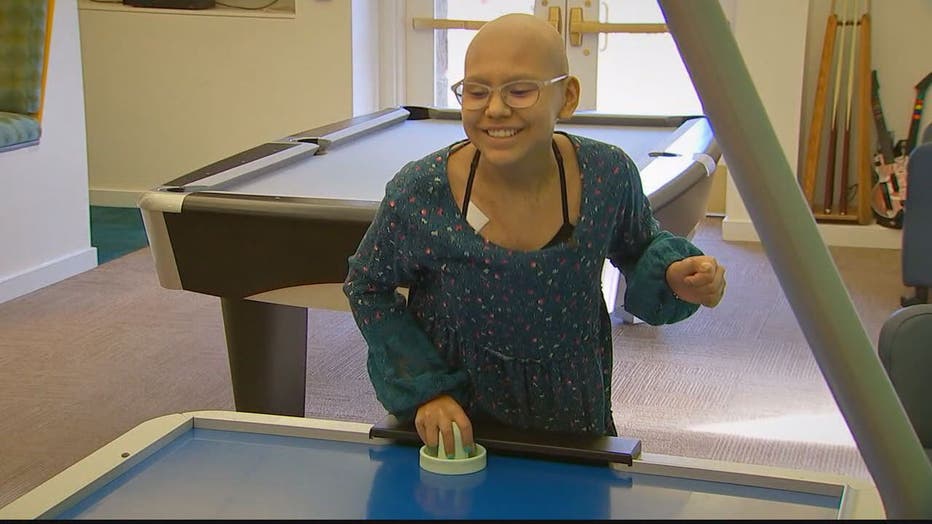 Fast forward to Thanksgiving, the family is celebrating that miracle -- after a dozen dedicated volunteers showed up to provide not only a warm holiday meal but also a sense of normalcy to those kids who can't go home to celebrate.

Emi said, she has a lot to be thankful for this holiday season but that her greatest appreciation goes to, "This place, the Children's Inn, the people all around me and my family."

To support The Children's Inn, make a donation at ChildrensInn.org/Donate.