More than 6 lbs. of hair removed from young girl's stomach

Warning graphic: Doctors tackled a case of Rapunzel syndrome in Grozny, Chechnya, on October 7, removing over six pounds of hair from a 11-year-old girl’s stomach. (Credit: Chechen Ministry of Health via Storyful)

Doctors in Grozny, Chechnya recorded the removal of more than six pounds of hair that was inside of an 11-year-old girl’s stomach.

Video, which was taken on Oct. 7, shows doctors extracting the mass of hair that filled up almost the entirety of the young girl’s stomach, it looked like a mold made out of hair was taken from her organ.

Officials with the Chechen Ministry of Health said the girl had Rapunzel syndrome, also known as trichobezoar. The condition is primarily seen in young females who chew and swallow the ends of their hair due to emotional disturbances or stress. 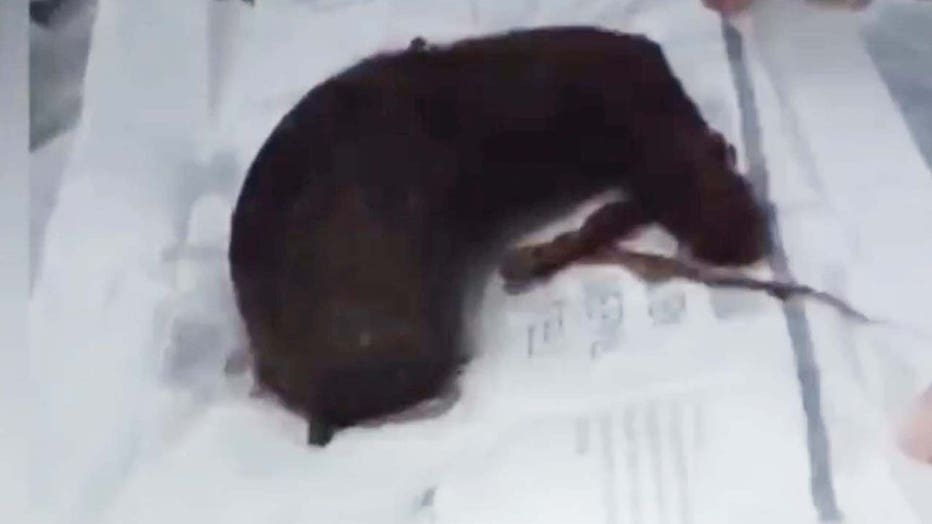 FILE - Freeze frame of the video showing a mass of hair removed from an 11-year-old girl’s stomach.

The patient had suffered from post-eating abdominal pains as well as nausea and weakness, according to health care officials.