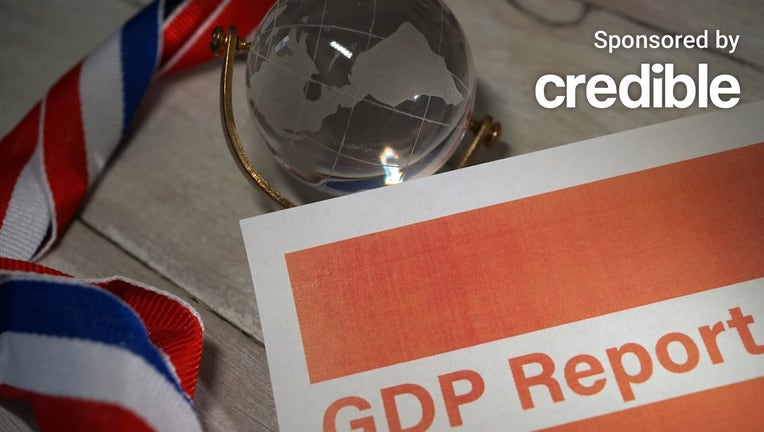 The Bureau of Economic Analysis’ (BEA) final estimate confirmed that GDP contracted in the second quarter of 2022. (iStock)

The third and final estimate for gross domestic product (GDP) in the second quarter of 2022 confirmed that the U.S. economy saw a contraction, according to the Bureau of Economic Analysis (BEA).

GDP decreased at an annual rate of 0.6% in the second quarter, according to the BEA. This followed a decrease of 1.6% in the first quarter of this year.

Thursday’s third GDP estimate was based on more complete data than was previously available. It is slightly better than the original GDP estimate for the second quarter, which showed that the economy contracted by 0.9%. The change was due primarily to the decline in private inventory investment, residential fixed investment, federal government spending and state and local government spending, the BEA said. This was offset by increases in exports and consumer spending.

If you are struggling in today’s economy, you could consider taking out a personal loan to help you pay down high-interest debt at a lower rate. Visit Credible to find your personalized interest rate without affecting your credit score.

After the BEA's first estimate showed that GDP decreased in the second quarter for the second consecutive quarter, economists began debating what that meant about the state of the economy. While some said two consecutive quarters of negative GDP growth indicated the U.S. is in a recession, others argued that may not be the case.

Just before the first estimate of second-quarter data was released, the White House Council of Economic Advisors said that even if the GDP report was negative, it was "unlikely" to indicate a recession.

"What is a recession? While some maintain that two consecutive quarters of falling real GDP constitute a recession, that is neither the official definition nor the way economists evaluate the state of the business cycle," the White House economic advisors said in a blog post.

The National Bureau of Economic Research defines a recession as "a significant decline in economic activity that is spread across the economy and that lasts more than a few months." The bureau will typically wait as long as a year to declare that a recession has begun.

If you are looking to reduce your expenses amid today’s economy, you could consider refinancing your mortgage to potentially lower your monthly payment. Visit Credible to compare multiple mortgage lenders at once and choose the one with the best interest rate for you.

Despite the decrease to GDP in the first and second quarters, the Federal Reserve has continued to raise interest rates this year. At its most recent meeting in September, the Fed raised interest rates by 75 basis points. This marked the third consecutive 75-basis point increase and the fifth rate hike this year.

That’s because although GDP is contracting, inflation remains high — it hit 8.3% annually in August. This was a slight improvement from July but still remains near the 40-year high set earlier this year and is much higher than the central bank’s preferred 2% annual average.

In order to bring inflation down further, the Fed will likely continue to raise interest rates for the remainder of this year and possibly into next year.

If you want to take advantage of today’s interest rates before they rise further, you could consider refinancing your private student loans to lower your monthly payments. Contact Credible to speak to a student loan expert and see if this is the right option for you.

Have a finance-related question, but don't know who to ask? Email The Credible Money Expert at moneyexpert@credible.com and your question might be answered by Credible in our Money Expert column.