WASHINGTON - Weather models yesterday afternoon caused quite the stir on social media when the European model called for over two feet of snow early next week across the Washington, D.C. region. We always advise caution with such extreme amounts however. That is not to say that storms like that cannot happen, as we have just passed the five year anniversary of the last storm that did just that, the blizzard of January 2016. Conditions for such storms typically need to be ideal though, they are the "perfect storms" in many ways because the atmospheric setup needs to be just right. As things stand right now, we do not believe we are dealing with such a case here. In fact, the very same model that showed over two feet yesterday is now just showing half a foot as of this morning. Considerably less...but still impactful. Still very much a storm worth watching into early next week. 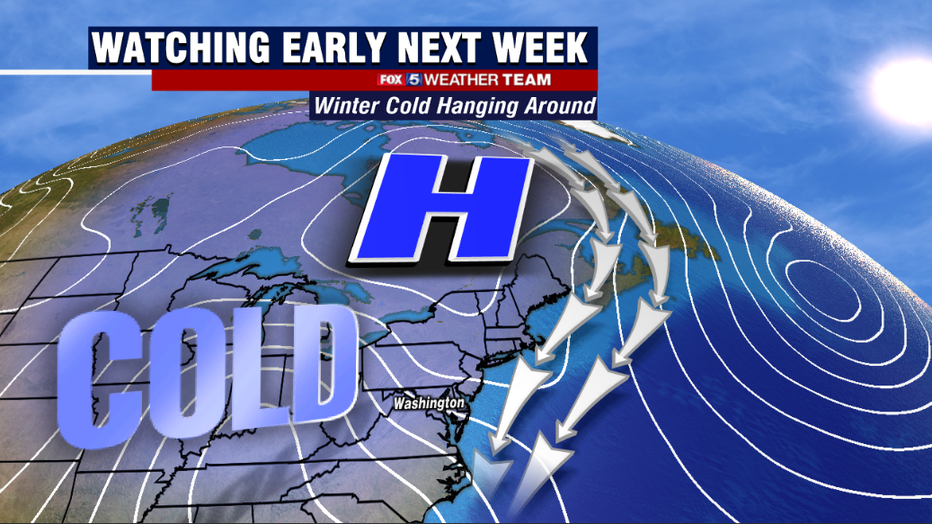 FOX 5’s Mike Thomas has the latest on a winter threat that could bring snow to our region Sunday into Monday.

The first element to any storm system is of course, the cold. Without cold air locked in place, the atmosphere will warm as the storm shifts northward and you end up seeing snow change over to rain throughout the course of the storm. The key for some of the biggest storms that the northeast has seen in recorded weather history is often the position of high pressure just ahead of the storm. The center of cold air masses, having an arctic high pressure system just north of New England is idea is pushing cold air far enough to the south for the Mid-Atlantic region to see snow. 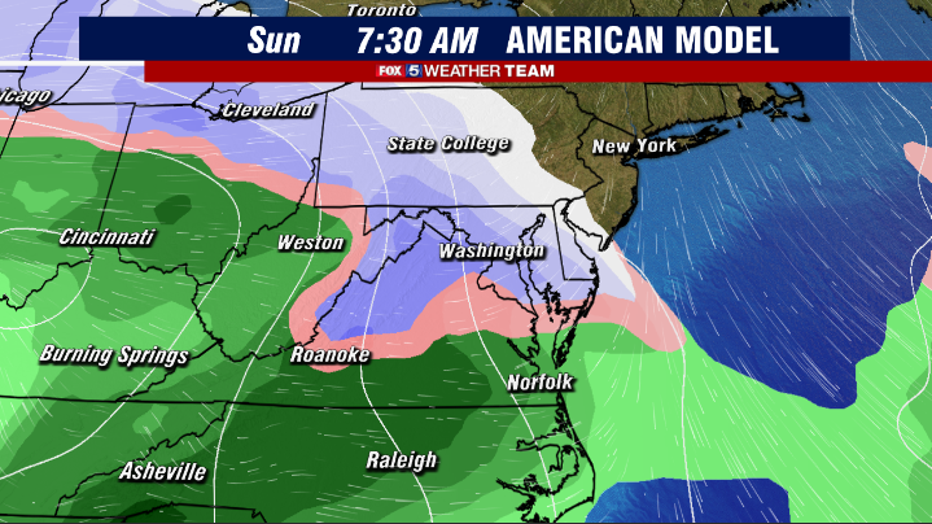 The next issue to tackle is that of timing. There continues to be a noticeable time difference between the two major weather models that most forecasters use. The American model brings in snow prior to dawn on Sunday morning, while the famed European model is later in the day on Sunday and lingering the storm through the day on Monday as well. In addition to the timing differences, they differ in storm evolution as well. The American model has a weaker coastal low near the Mid-Atlantic and a weaker cold air supply, which allows snow to mix with rain by Sunday afternoon. 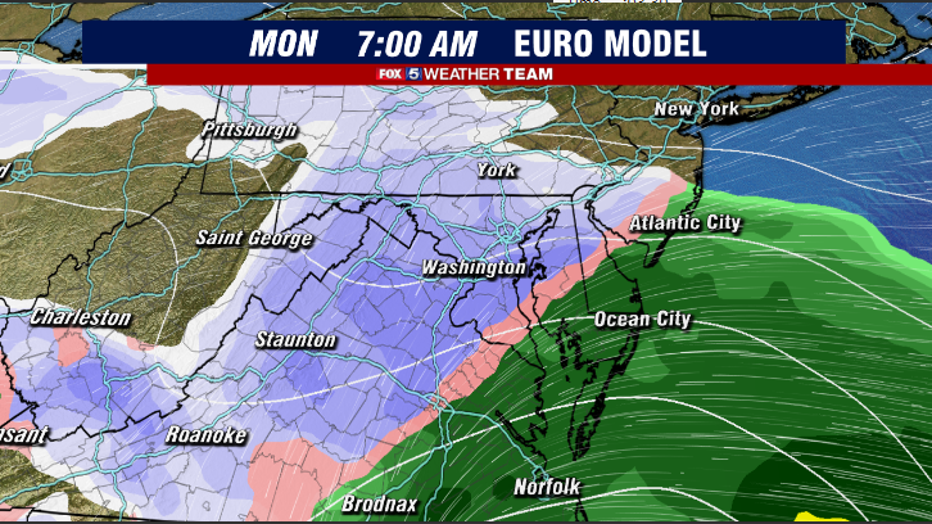 By contrast, the European has a stronger storm system farther to the south and a stronger cold air supply, leading to less mixing for much of the reason and is therefore favoring more snow. These are differences that we need to start seeing models come into agreement on over the next few days to really hammer out the details about how much snow we could potentially get. The upper atmospheric energy for this storm system reaches the United States west coast on Friday, so that is expected to be around the time frame when we can start talking potential snow totals with more accuracy.

Keep it tuned here in the days ahead, and we will continue to keep you up to date on the potential for this impactful winter storm in our region early next week. The Fox 5 Weather Team has you covered!