The holiday season is just about upon us, and that means so is the holiday travel season.

With the Thanksgiving holiday just about a week away, many are eyeing their travel plans and looking at the potential impacts.

The day before Thanksgiving is typically known as the busiest travel day of the year, and many try to start their journey early to beat the worst of the traffic or the lines at the airport out of town.

Those that do have travel plans on Monday or Tuesday however may have the most difficult time though due to the weather. 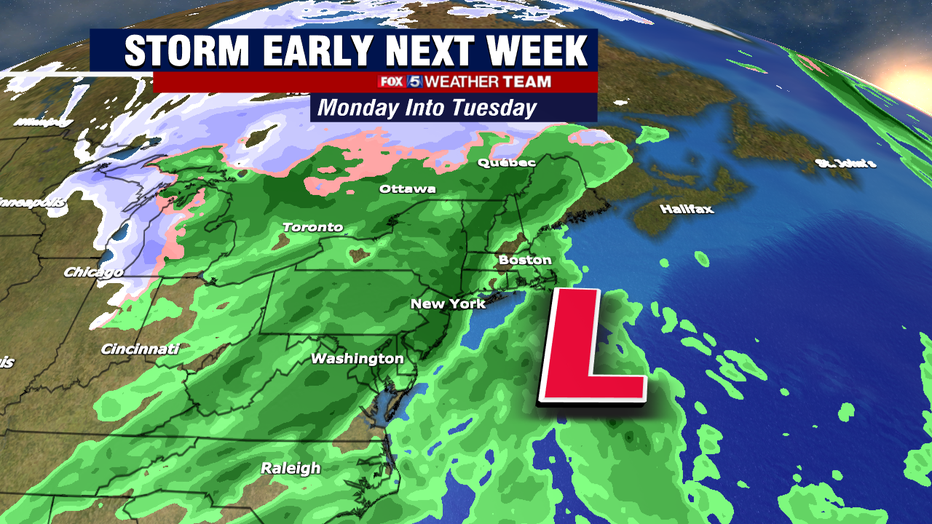 You may have seen the buzz on social media this week with people talking about a big storm early next week.

To a degree, the reports are true. Weather models have been honing in on the Monday-Tuesday time frame for a potentially disruptive storm to start off the holiday week.

However, questions remain about just how impactful the storm could be. While there is likely to be a storm, forecasters are still unsure if it will have a significant impact, or be more of a nuisance system for early next week. 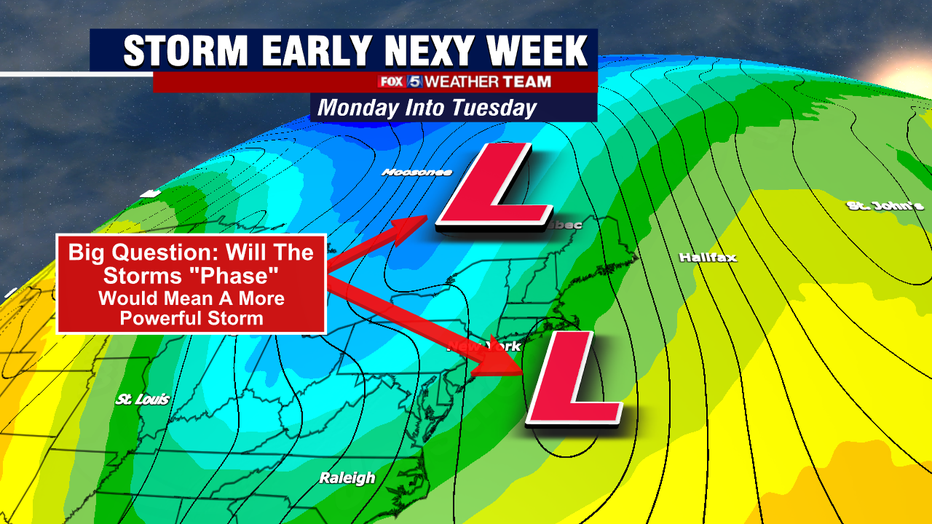 The big question is whether or not deepening trough and related upper level low will "phase" with the developing storm system off the Northeast Coast. In simple terms, phasing is where certain features in the upper atmosphere come together in a way that would rapidly increase the strength of the storm at the surface.

Many times, but not always, these storms become what is commonly known as "bomb cyclones" due to their rapid intensification.

A more intense storm would mean the potential for some interior northeast snowfalls, but perhaps more concerning for travelers lead to some widespread higher winds across much of the Mid-Atlantic and Northeast.

The stronger winds could lead to travel delays on Monday and Tuesday, while surface rains and snows could make road travel hazardous in some locations.

Recent models however have suggested that the storms may in fact not phase, and that would mean a less impactful system for all. 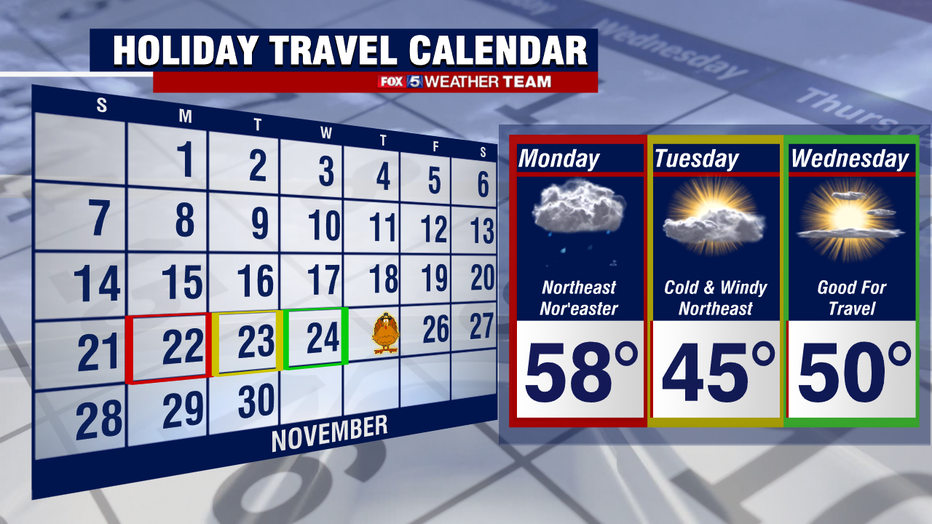 For the DC area, those who really need to keep an eye on the forecast would be those traveling north on Monday or Tuesday.

While there is no, I repeat, NO threat for snowfall from this system for our area, there will be the potential for some rain, particularly early in the day on Monday, as well as gusty winds that last through Tuesday depending on just how intense the storm becomes.

What is almost a certainty is that Tuesday and Wednesday throughout the Mid-Atlantic and Northeast look chilly to downright cold during the middle part of next week.

Particularly Tuesday, where some locations may struggle to make it out of the 30s. As things stand at this moment, the best day for travel does look like the day before Thanksgiving as things stand right now. 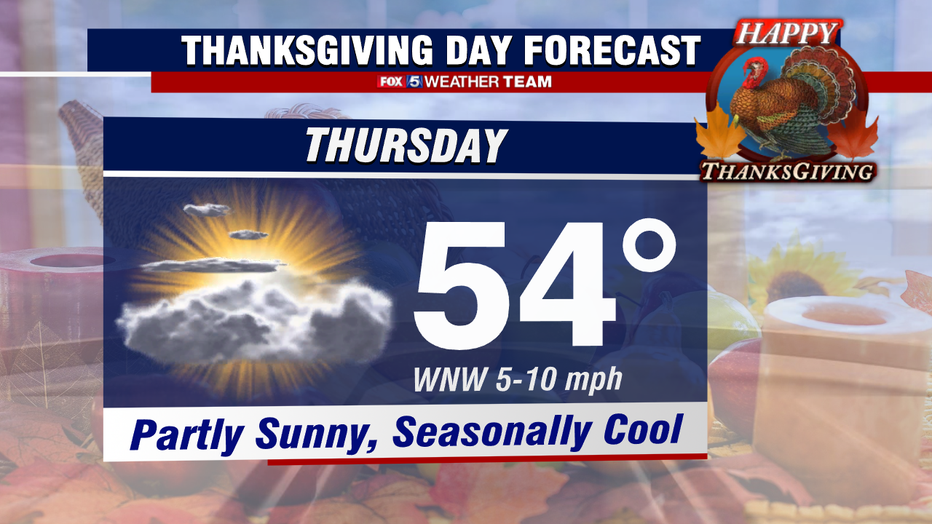 So how is thanksgiving shaping up right now?

The good news is that after these bigger storms go by, we do tend so have several days of quieter weather. While it is over a week away so the forecast is subject to change, the forecast at this moment is leaning towards highs in the low to mid 50s, with light winds and partly sunny skies.

This is about seasonal for late November. That would be significantly cooler than last year's Thanksgiving, which was an unseasonable 67°.

We will keep you informed as the holiday travel season draws near!