Claire Anderson has your FOX 5 Weather forecast for Saturday, August 6

WASHINGTON - It will be another hot and muggy day across the D.C. region Saturday thanks to temperatures in the 90s and high humidity.

Temperatures will start off in the low to mid 70s Saturday before soaring into the low 90s later in the day. In addition to the scorching temperatures, the region is also dealing with high humidity making it feel swampy outside.

The heat index value, which measures what the temperature feels like to the body when relative humidity is combined with the air temperature, will be in the high 90s and low 100s. 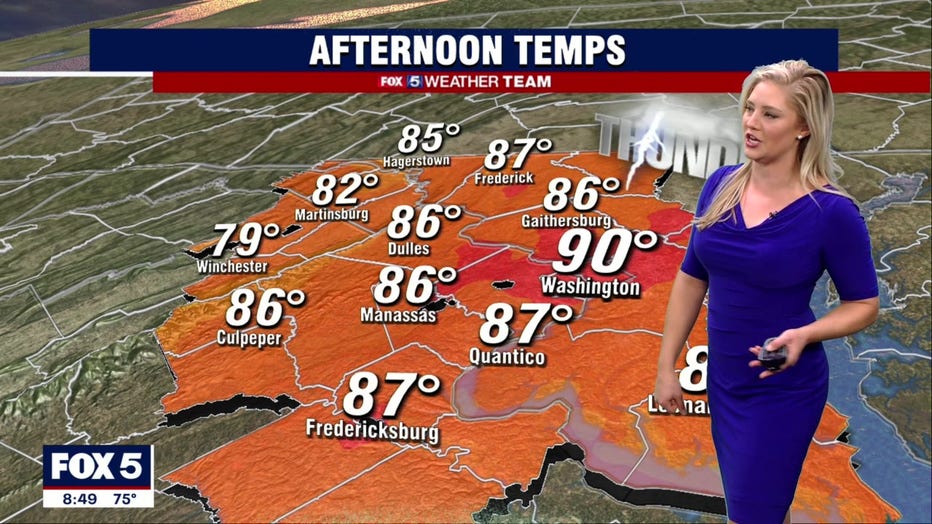 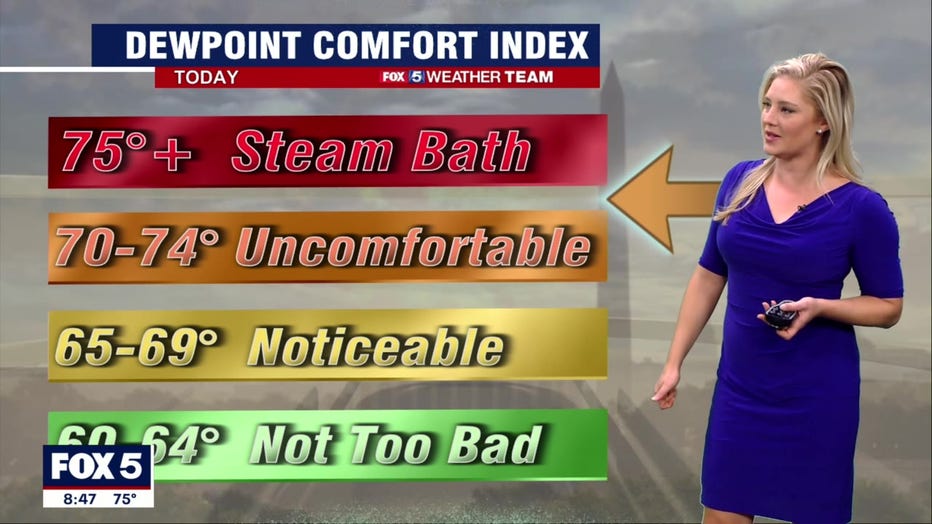 Most of the region will see sunshine by midday Saturday after the morning clouds clear out. But, more clouds will move into the region during the afternoon setting up the chance for some isolated storms. The storms could begin after 5 p.m., and are expected to mostly impact areas west of the District.

While the risk of severe weather isn't as strong as the past few days, Sunday's storms could produce heavy rain and some isolated flooding. 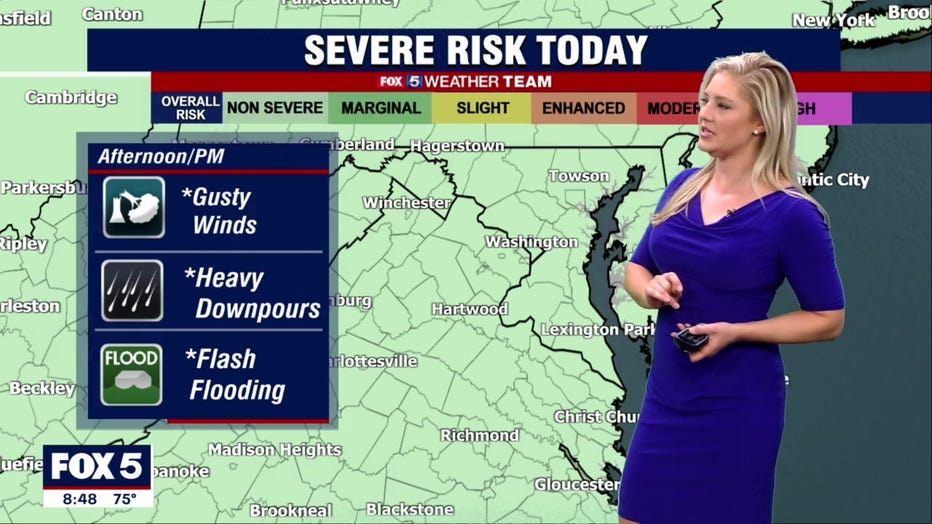 The high heat and humidity will hang around the region again on Sunday with high temperatures expected in the 90s and more storm chances during the afternoon. 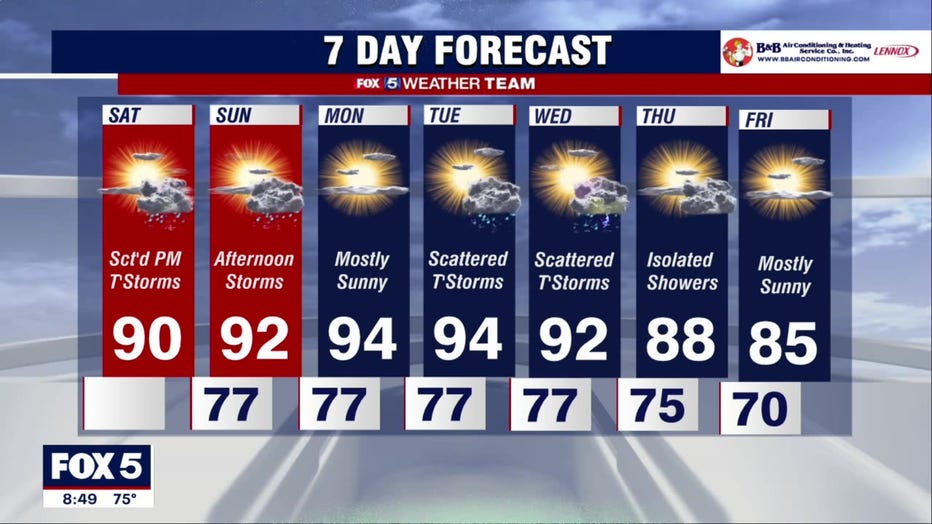