Many Florida residents faced a sense of helplessness as they prepare for Hurricane Dorian.

MIAMI - (AP) -- Unsure where Hurricane Dorian is going to land over Labor Day weekend, many Florida residents faced a sense of helplessness as they prepared for what President Donald Trump said could be an "absolute monster" of a storm.

"All indications are it's going to hit very hard and it's going to be very big," Trump said in a video he tweeted Thursday evening, comparing Dorian to Hurricane Andrew, which devastated South Florida in 1992. 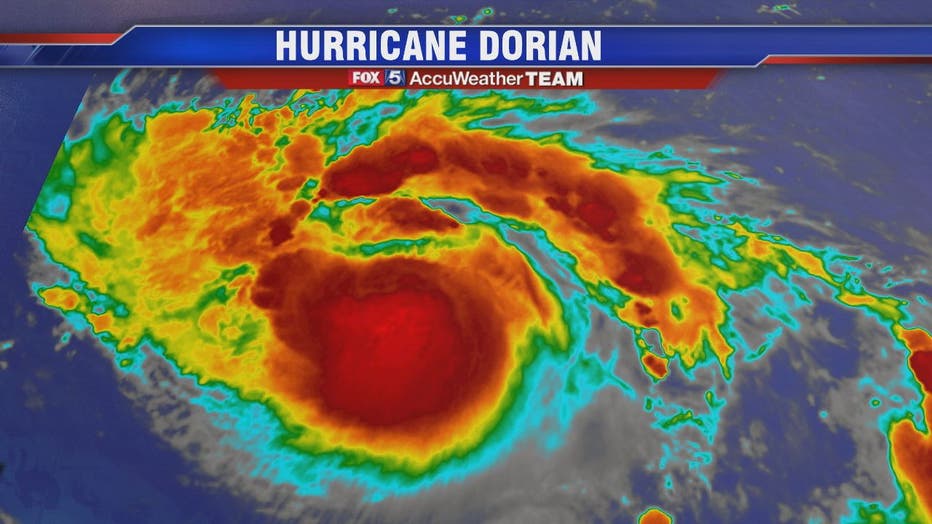 TRACK THE STORM ON MYFOXHURRICANE.COM

The National Hurricane Center said the Category 2 storm is expected to strengthen into a potentially catastrophic Category 4 with winds of 130 mph (209 kph) and slam into the U.S. on Monday somewhere between the Florida Keys and southern Georgia -- a 500-mile (805-kilometer) stretch that reflected the high degree of uncertainty this far out.

"If it makes landfall as a Category 3 or 4 hurricane, that's a big deal," said University of Miami hurricane researcher Brian McNoldy. "A lot of people are going to be affected. A lot of insurance claims." 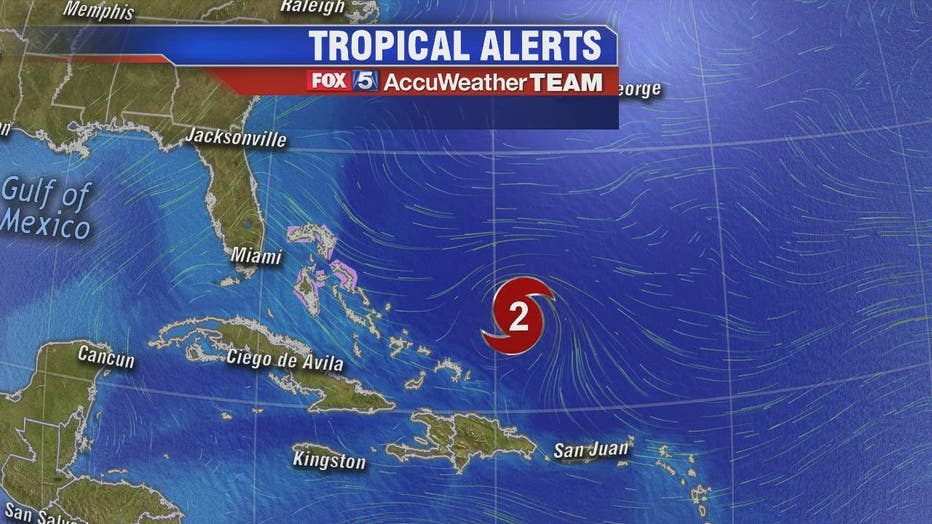 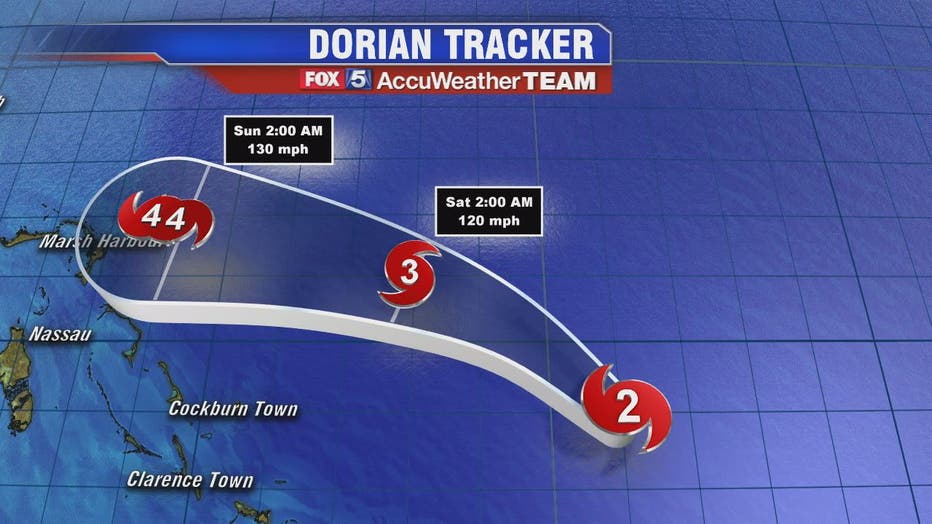 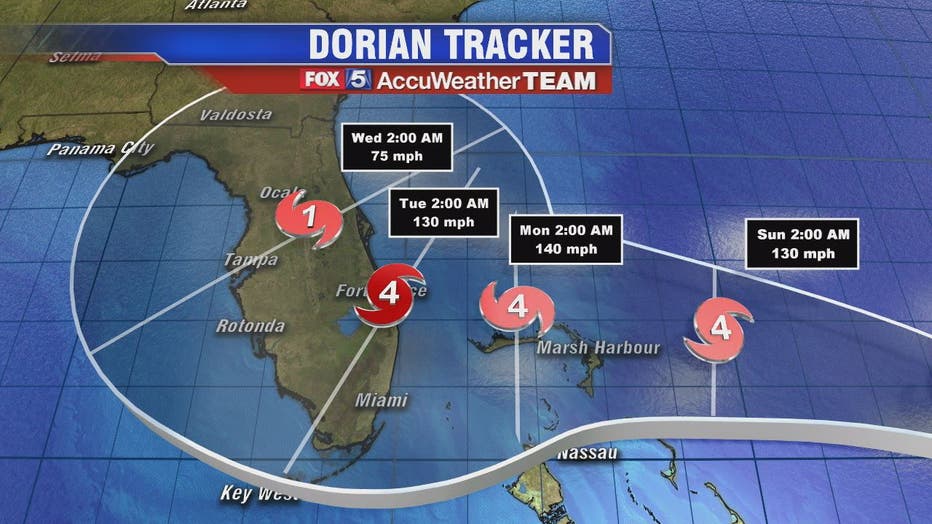 With the storm's track still unclear, no immediate mass evacuations were ordered. Along Florida's east coast, local governments began distributing sandbags, shoppers rushed to stock up on food, plywood and other emergency supplies at supermarkets and hardware stores, and motorists topped off their tanks and filled gasoline cans. Some fuel shortages were reported in the Cape Canaveral area.

Josefine Larrauri, a retired translator, went to a Publix supermarket in Miami only to find empty shelves in the water section.

"I feel helpless because the whole coast is threatened," she said. "What's the use of going all the way to Georgia if it can land there?"

In Vero Beach, about 140 miles (225 kilometers) up the coast from Miami, Lauren Harvey, 51, scoured the aisles of a nearby supermarket in search for non-perishable food items that could last her throughout the storm.

Harvey, who works in medical billing, is going through a divorce and recently moved from the Philadelphia-area. She said she is not sure what to expect and is preparing to spend her very first hurricane alone.

"I just moved here, so I'm lost," she said with a blank expression on her face, after grabbing a couple of water bottles from a scantly-stocked shelf. "I don't know what I'm going to do."

Tiffany Miranda of Miami Springs waited well over 30 minutes in line at BJ's Wholesale Club in Hialeah to buy hurricane supplies. Some 50 vehicles were bumper-to-bumper, waiting to fill up at the store's 12 gas pumps.

"You never know with these hurricanes. It could be good, it could be bad. You just have to be prepared," she said.

As of Friday morning, Dorian was centered about 260 miles (420 kilometers) east of the Bahamas, its winds blowing at 105 mph (165 kph) as it moved northwest at 12 mph (19 kph). The government of the Bahamas issued a hurricane watch for the northwestern Bahamas overnight. According to the advisory, a watch is usually issued 48 hours before tropical-storm-force winds are anticipated.

It is expected to pick up steam as it pushes out into warm waters with favorable winds, the University of Miami's McNoldy said, adding: "Starting (Friday), it really has no obstacles left in its way."

The National Hurricane Center's projected track had the storm blowing ashore midway along the Florida peninsula, southeast of Orlando and well north of Miami or Fort Lauderdale. But because of the difficulty of predicting its course this far ahead, the "cone of uncertainty" covered nearly the entire state.

Forecasters said coastal areas of the Southeast could get 5 to 10 inches (13 to 25 centimeters) of rain, with 15 inches (38 centimeters) in some places, triggering life-threatening flash floods.

Also imperiled were the Bahamas, with Dorian's expected track running just to the north of Great Abaco and Grand Bahama islands.

Jeff Byard, an associate administrator at the Federal Emergency Management Agency, warned that Dorian is likely to "create a lot of havoc with infrastructure, power and roads," but gave assurances FEMA is prepared to handle it, even though the Trump administration is shifting hundreds of millions of dollars from FEMA and other agencies to deal with immigration at the Mexican border.

"This is going to be a big storm. We're prepared for a big response," Byard said.

Florida Gov. Ron DeSantis declared a state of emergency, clearing the way to bring in more fuel and call out the National Guard if necessary, and Georgia's governor followed suit.

The hurricane season typically peaks between mid-August and late October. One of the most powerful storms ever to hit the U.S. was on Labor Day 1935. The unnamed Category 5 hurricane crashed ashore along Florida's Gulf Coast on Sept. 2. It was blamed for over 400 deaths.

Dorian rolled through the Virgin Islands and Puerto Rico as a Category 1 hurricane on Wednesday.

The initial blow did not appear to be as bad as expected in Puerto Rico, which is still recovering from the devastation wrought by Hurricane Maria two years ago.

But the tail end of the storm unleashed heavy flooding along the eastern and southern coasts of Puerto Rico. Cars, homes and gravestones in the coastal town of Humacao became halfway submerged after a river burst its banks.

Back in Florida, Mark and Gina Emeterio enjoyed a peaceful afternoon sunbathing and wading in the ocean at Vero Beach. The newly retired couple from Sacramento, California, wanted to relax after spending the morning shuttering their home.

Mark, a retired pipe layer, and Gina, a retired state employee, planned to wait it out the storm with local friends more experienced with hurricanes.

"We got each other," Mark Emeterio said. "So we're good."

"I told him, `Whatever happens, hold my hand,"' his wife joked.