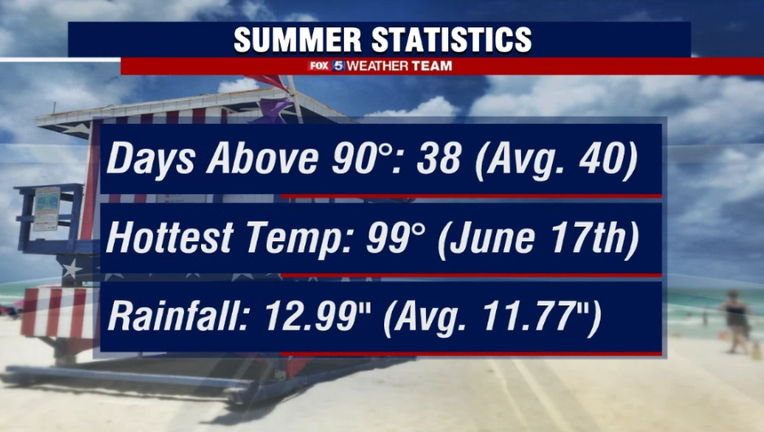 It is hard to believe that the summer of 2022 is already at an end. The summer season wrapped up with a total of 38 days above 90°, which is just a couple below the average 40 days the D.C. region typically sees each year. In fact, our last 90° day was on September 4th, which is tied for 2020 with earliest we have seen our final 90° day in the last decade.

We also ended with about one inch above normal precipitation with just a hair under thirteen inches of rain this summer, over half of which fell during the month of July. Our hottest temperature was 99°, which makes it the sixth straight summer without a 100° day in Washington, D.C., although humidity values did remain high much of the summer. 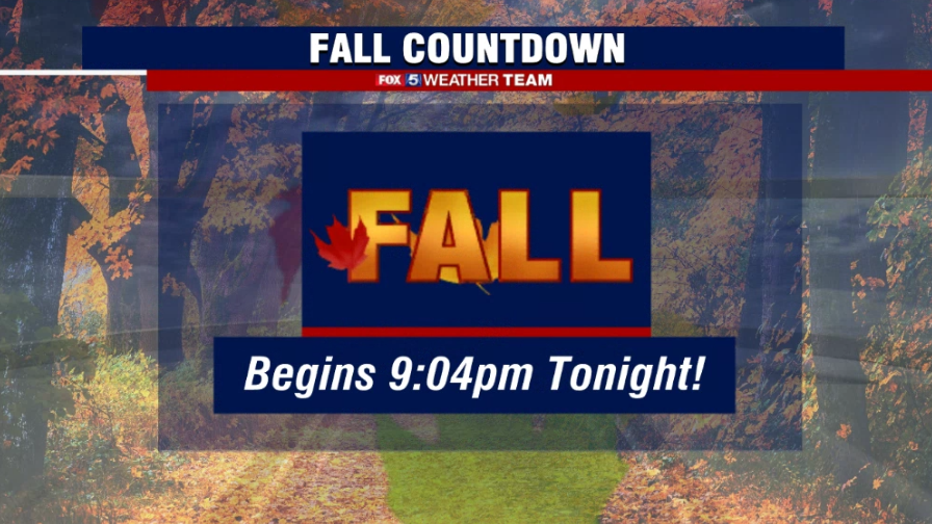 Fall Is HERE! Here are some dates of note for the season ahead

It is hard to believe that summer 2022 is already at an end!

Fall officially begins on Thursday night just after 9pm eastern time, and it will quickly begin to feel like it. Temperatures are expected to plummet on Thursday night on the back of winds that could gust 30-40mph during the evening hours. Friday could be the first day since the second half of May that the temperature in D.C. fails to exceed 70° in the afternoon.

By Saturday morning, as winds subside under clear skies, and with a very dry Canadian air mass in place, most of the region will head for the 40s overnight, while D.C. heads for the lower 50s, the chilliest morning in several months. 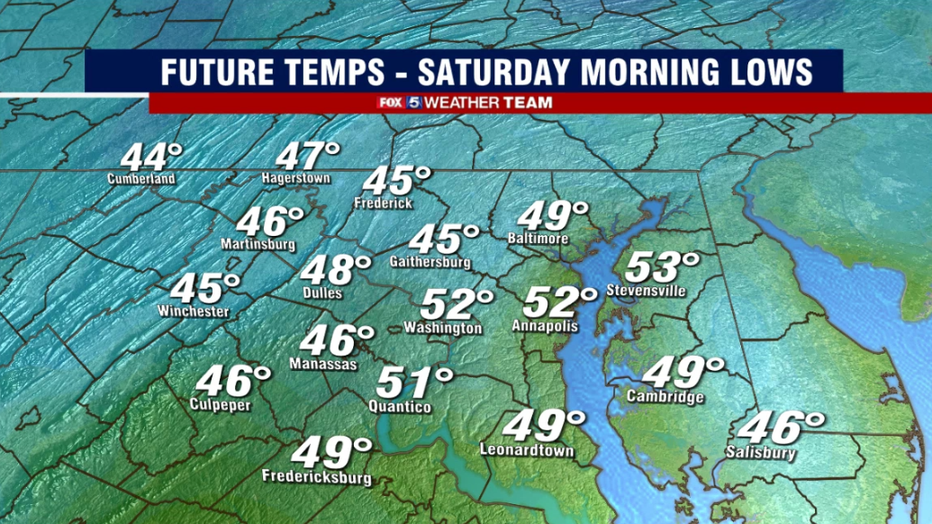 With the arrival of the new season, here are some fun metrological dates of note for the season ahead!

September 22nd - 9:04pm - The Autumnal Equinox! Or the official start of autumn in the Northern Hemisphere. This is the time when the sun shines directly on the equator, and the northern and southern hemispheres get the same amount of rays.

September 25th - Sunset - The final night this year that the sun sets at 7pm here in the District.

October 9th - Hunters Full Moon - The first full moon of fall! This moon name goes back to Native American folklore, and was given because it was at this time when tribes gathered meat for the long winter ahead.

October 14th - Sunset - The final night this year that the sun sets before 6:30pm here in the District.

October 17th - October 31st - Fall Foliage - The expected two-week window for the best viewing of the fall foliage across the Mid-Atlantic and D.C. region. Plan those leaf peeping trips accordingly!

October 21st/22nd - Orionids Meteor Shower - The Orionids are called such because the point they appear to come from lies in the constellation Orion, though they are often seen across a large are of the sky. They are the largest meteor shower associated with the famed Halley's Comet. While they can be seen between late September and November each year, they will peak this year between sunset on the 21st and sunrise on the 22nd. A typical year brings about 23 meteors an hour.

November 6th - Fall Back! - We return to standard time and gain an extra hour of sleep on this first weekend in November. Gaining an hour of daylight in the morning, while losing an hour in the evening.

November 8th - Sunset - The final night this year that the sun sets before 5pm here in the District.

November 8th - Beaver Full Moon & Total Lunar Eclipse - The Beaver Moon, sometimes called the Frost Moon, is so-called because it came at the time of year when beavers were particularly active, and the Native Americans and colonists would set traps to catch them before the swamps froze for the winter months. This year's November full moon will come with an additional treat, a total Lunar Eclipse, although it may be a difficult one to see in the D.C. region. The moon will be low in the sky when it is fully engulfed by the earth's shadow (giving it a reddish color) which is only about 16° above the horizon, and falling through moonset at 6:49pm. The sun will also be rising at 6:43am, which means the sky will be getting brighter by the early 6am hour. Space enthusiasts will want to rise early and find an elevated viewing location to see the final lunar eclipse of 2022.

November 17th/18th - Leonid Meteor Shower - Associated with the comet Tempel-Tuttle, they take their name as they appear to originate from the constellation Leo. During their peak between sunset on the 17th and sunrise on the 18th of November, about 15-19 meteors per hour are expected. The meteor shower is know for extremely impressive shower rates of over 1000 per hour, known as a "meteor storm", every 33 years or so. The last Leonid meteor storm occurred in 2002, which means we likely have to wait until the middle 2030s for the storm to return to our skies.

December 7th - Cold Full Moon - The Native American names for the full moon in December are the Cold Moon or the Long Night Moon. The Cold Moon gets its name because December is the month when it really starts to get cold, although our coldest average temperatures are in January. The Long Night Moon gets its name because the full moon in December occurs near the solstice, which has the longest night of the year.