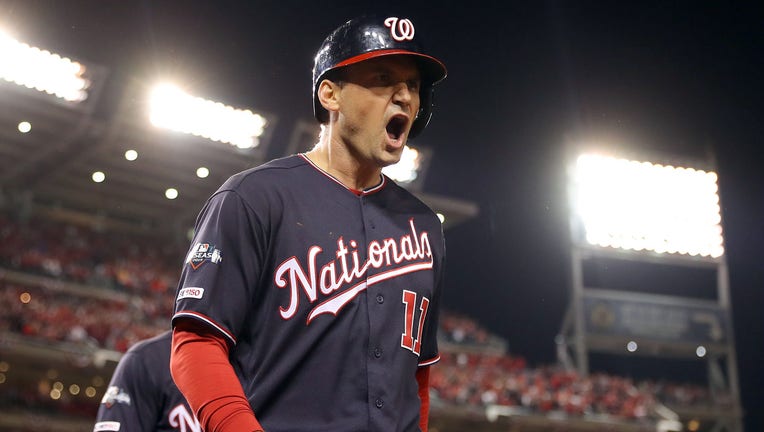 WASHINGTON - Ryan Zimmerman is suiting back up for the Nationals next season, according to a report.

The longtime infielder is returning to the Nationals on a one-year deal worth $2 million, the Washington Post reports. Zimmerman's deal could be worth up to $5 million with performance incentives, according to the report.

Literally and figuratively, Zimmerman has been a cornerstone for the Nationals since the team made the corner infielder the club's first-ever draft pick back in 2005.

He is the Nats' career leader in games, hits, home runs, RBI, runs and doubles. He won the Gold Glove as a third baseman in 2009, and was named a National League All-Star in 2009 and 2017. The Nats' World Series title this fall cemented Zimmerman's legacy with the team.

Pitchers and catchers will report to Nationals spring training in West Palm Beach, Florida on Feb. 13.