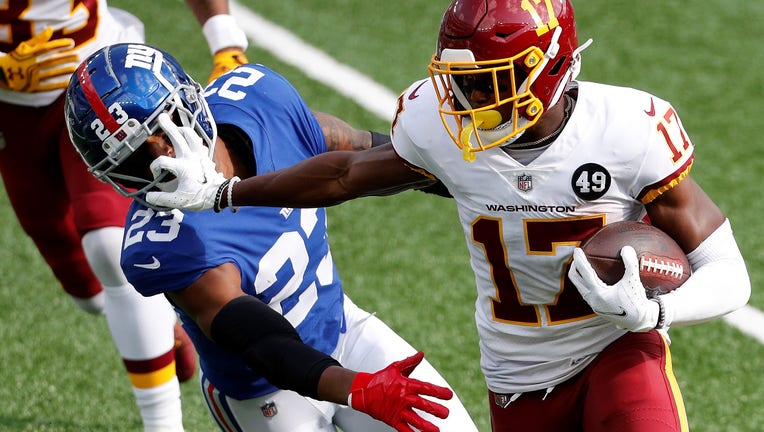 Terry McLaurin #17 of the Washington Football Team in action against Logan Ryan #23 of the New York Giants at MetLife Stadium on October 18, 2020 in East Rutherford, New Jersey. The Giants defeated Washington 20-19. (Photo by Jim McIsaac/Getty Images

They just have to get even.

It's a huge game for Washington, which despite being 2-5 is still in 2nd place in the NFC East.

The Football Team also has a chance for revenge against New York, which eeked out a one-point win last month against Washington after Washington's failed 2-point conversion at the end of the game.

That result remains New York's only win so far this season.

Washington, meanwhile, is hopefully riding into today's game with momentum following last week's bye. And the week before that, Washington completed a convincing 25-3 win against its archrival Dallas Cowboys.

Washington is a 2.5-point favorite at home today against the Giatns, according to Vegas oddsmakers.