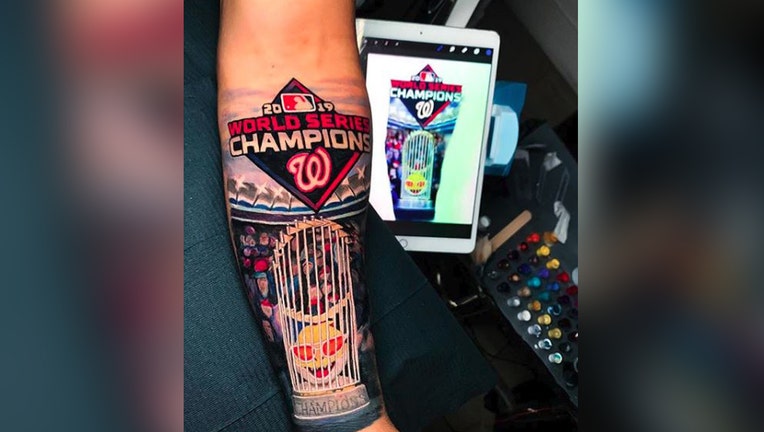 WASHINGTON - Former Washington National Gerardo Parra may be headed to Japan, but he's bringing at least one memento of the Nats' improbable World Series run with him: A "Baby Shark" tattoo.

The utility man posted photos and video of his new ink Saturday morning:

Parra became a fan favorite at Nationals Park last season after changing his walkup song to “Baby Shark," which was a tribute to his 2-year-old daughter.

The song ended up becoming a rallying cry for Nats fans throughout the postseason.

Parra signed with the Yomiuri Giants in November, leaving a hole on the Nationals' bench as well as possibly the walkup song playlist at Nationals Park in 2020.