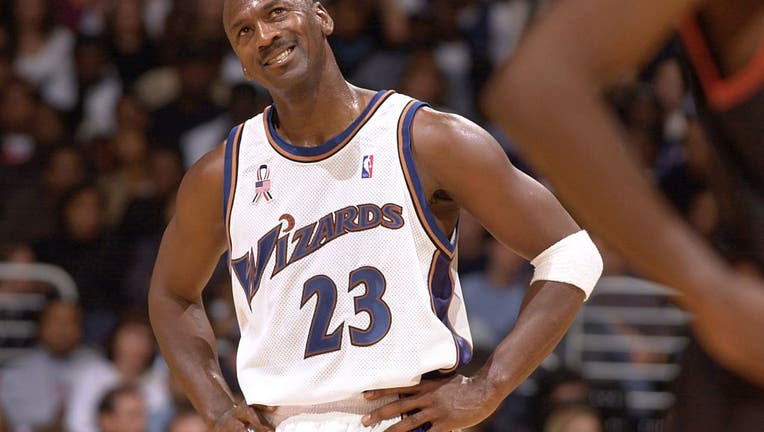 3 Nov 2001: Michael Jordan #23 of the Washington Wizards smiles as he picks up 20 points against the Philadelphia 76ers as the Wizards defeated the 76ers 90-76 in NBA action at the MCI Center in Washington DC. DIGITAL IMAGE NOTE TO USER: User express

WASHINGTON - Michael Jordan's short stint with the Washington Wizards is reportedly the subject of a new documentary.

According to hoopswire.com's senior NBA writer Sam Amico, the documentary is in the works, and he was asked to be a part of it.

"Happy I’m old enough to have been asked to help with the documentary on Michael Jordan … with the Wizards. Details soon," he tweeted Wednesday.

Jordan came out of his second retirement to suit up for the Wizards in 2001. He'd be paired with the team's no.1 overall draft pick Kwame Brown, and his old Bulls coach Doug Collins.

Despite the addition of Jordan playing alongside veterans Richard Hamilton, Tyronn Lue, Christian Laettner, and Brendan Haywood, among others, the team finished with a 37-45 record and missed the playoffs. 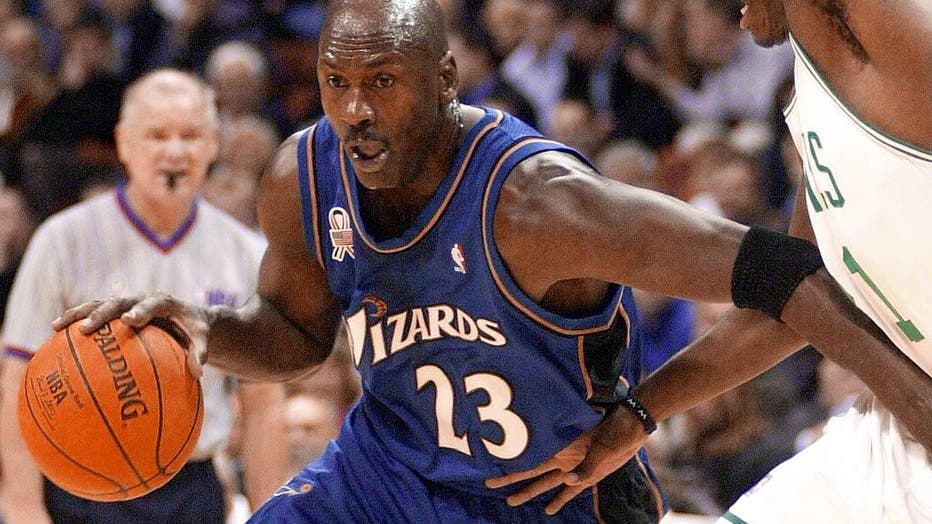 In year two, Jordan turned 40 years old and played in all 82 games. Although the team frequently sold out the MCI Center, M.J. failed to lead the struggling Wizards to the playoffs once again.

In two seasons in Washington, the six-time NBA champion averaged 21.2 points, 5.9 rebounds, and 4.4 assists in 142 games for the Wizards. He was selected to the NBA All-Star team in both seasons.