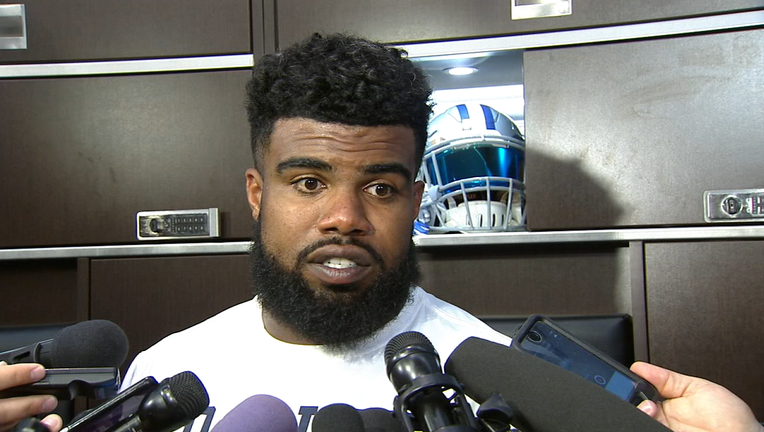 The suspension is due to accusations against Elliott of domestic violence before the start of his rookie season last year. The charge came from a former live-in girlfriend in Columbus, Ohio. Police in Ohio investigated and did not file charges.

Reps for Elliott said in a statement they were "extremely disappointed" with the league's decision. They said they've been working with authorities in Columbus, Ohio and the NFL on the investigations and are "fully aware of the full body of evidence that exists in connection with this matter."