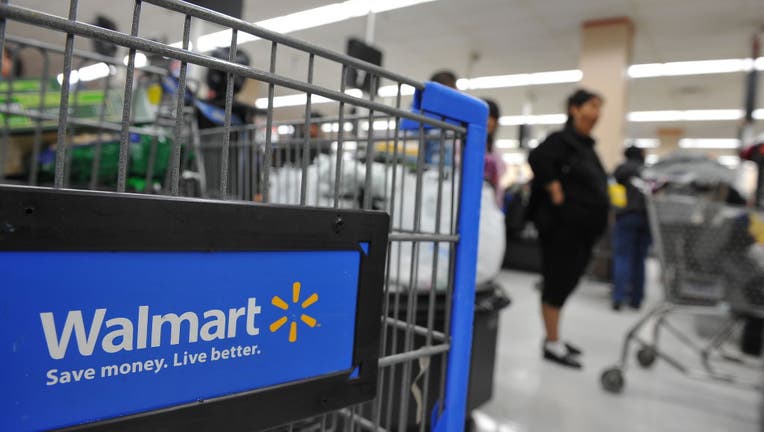 Shoppers wait in line to pay for their purchases at a Walmart store in Los Angeles, California on November 24, 2009, a few days before �Black Friday� the day after Thanksgiving which kicks off the holiday shopping season. Retailers are hoping �doorbu

The video, which has since gone viral on social media, was taken at a Walmart location in Charlotte, North Carolina, according to TMZ.

"What the f–k are you gonna do?" one woman can be heard saying in the video as she takes off her purse and jacket.

One man can be heard yelling, "Call the cops!" as a crowd gathered around the two brawling women.

The woman who took off her purse before the fight is seen lying still on the floor after the other woman punches her repeatedly and stomps on her face, but she wakes up before the video ends.

By the time law enforcement responded to the scene, both women had left the store, the outlet reported.