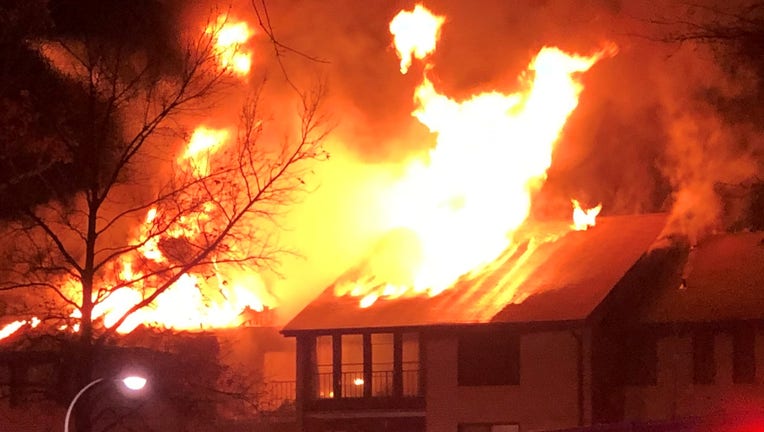 A woman is dead after a fire early Saturday at Leisure World in Montgomery County (Montgomery Co. Fire & EMS)

LEISURE WORLD, Md. - Firefighters say a woman is dead after a blaze that broke out early Saturday at the Leisure World gated community in Montgomery County.

Officials say they responded to the fire around 1:32 a.m. at an apartment building in the 15200 block of Elkridge Way.

Authorities first said they evacuated dozens of residents without injury.

But later Saturday firefighters said they found a woman dead inside her apartment:

No foul play is suspected in the woman's death. The victim will be identified after her family is notified.

Leisure World is an age-restricted community that first opened in 1965.