FOX 5's Katie Barlow reports that police are asking for the public's help identifying a woman accused of stealing thousands of dollars worth of vinyl records from a Barnes & Noble store in Frederick County.

FREDERICK COUNTY, Md. - Investigators in one Maryland county are asking for the public's help identifying a serial vinyl record thief who is accused of taking thousands of dollars worth of vinyls. 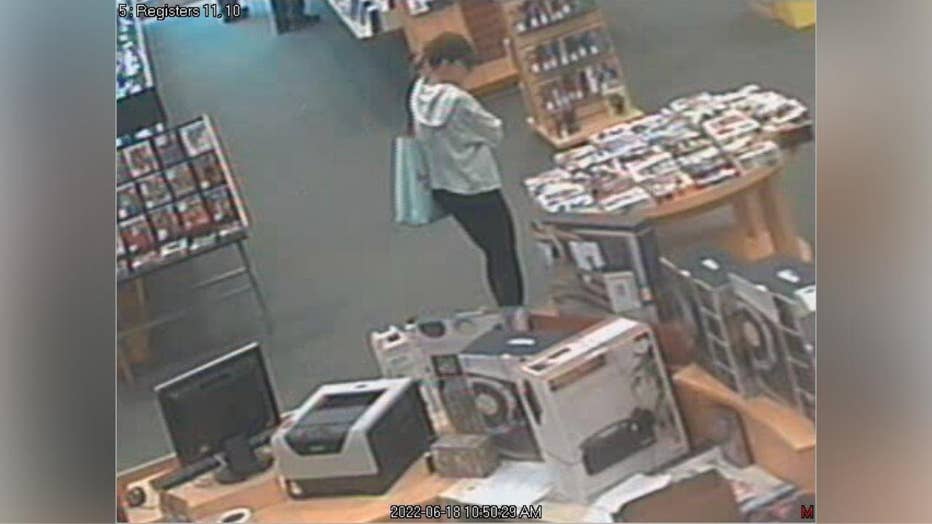 Deputies accuse the suspect of stealing more than $3,480 worth of vinyl records over multiple incidents.

She is described a woman between 25 and 30 years who is between 5 feet 5 inches and 5 feet 8 inches tall and has brown hair.

Deputies said in each theft incident the woman was seen wearing eye glasses and a dark colored baseball cap while carrying a large light blue bag with a dark colored strap.