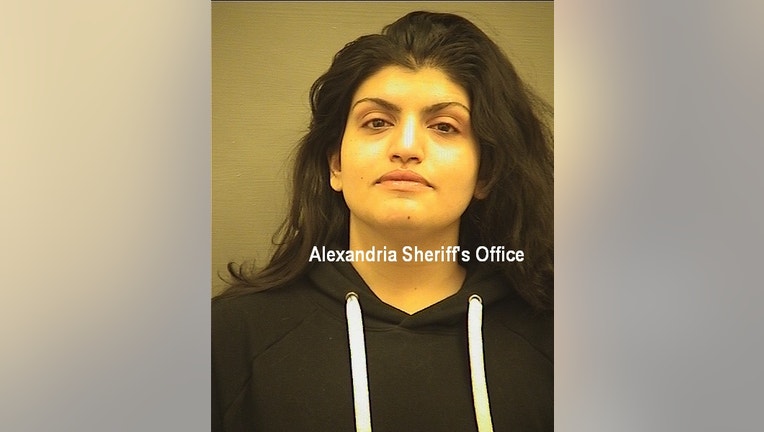 ALEXANDRIA, Va. (FOX 5 DC) - A North Carolina woman is facing charges in Virginia for allegedly assaulting a Federal Air Marshal during a flight to Dulles International Airport over the weekend.

According to court documents, 27-year-old Dana Mustafa was on board a flight that departed from Frankfurt, Germany, on February 22, when flight attendants were alerted to the activation of a flight lavatory smoke detector. Flight attendants encountered Mustafa in the lavatory and told her smoking was not allowed aboard the aircraft and to return to her seat.

Court documents say Mustafa was crying and visibly upset and told flight attendants she was returning home to see her family but said they had died in a car accident caused by a drunk driver.

A Federal Air Marshal then observed Mustafa leave her seat and walk to the rear of the plane while striking the flint of a lighter, according to court documents.

Allegedly, Mustafa refused to comply, was combative and resisted being handcuffed. Court documents also say she yelled and kicked at the Federal Air Marshals.

When Mustafa was relocated next to a Federal Air Marshal, court documents say she said: "I’m going to stab everyone on this plane. Then kill myself. I’m Palestinian! That’s how we get down."

When the plane landed at Dulles Airport, court documents say Mustafa was interviewed by an FBI agent and allegedly said the story about her family being killed was a lie.

Mustafa is charged with assaulting a federal officer. She faces up to 8 years in prison if convicted.

On Monday, she made her first appearance in federal court. She was released on bond, according to federal officials. A preliminary hearing will be held Tuesday afternoon.