The Loudoun County Sheriff's Office is investigating reports of white supremacy fliers being distributed in the driveways of several homes in Waterford. Authorities said around 50 flyers were found.

The flyers were found Thursday at homes on Sagle Road in Purcellville, Hamilton Station Road in Hamilton, and Waterford Creek Circle in Waterford.

All the flyers were in plastic bags that also contained bird seed. Investigators say there is no indication that any household that received the flyers was targeted. Deputies found approximately 50 flyers.

Anyone with information about these cases or who may have possible surveillance video please call the the Loudoun County Sheriff’s Office at 703-777-1021. 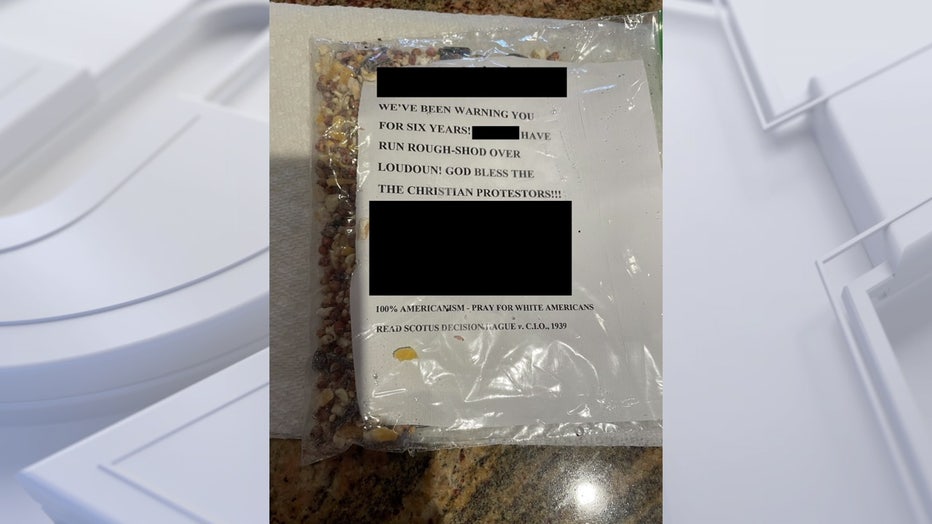