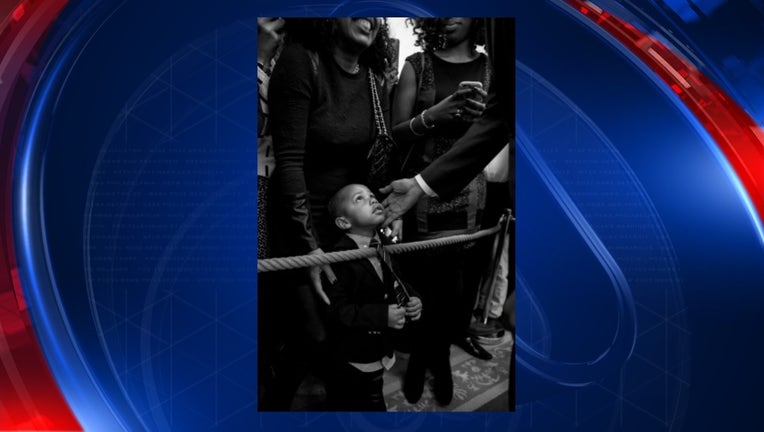 WASHINGTON - Many of the emotions of Black History Month can be summed up in a recently-released White House photo.

The young boy, held close by an older, smiling woman, glances up at Obama as the president reaches down to touch his cheek.

The image was the White House's "photo of the day" on February 18.

The touching image can be found online at WhiteHouse.gov.