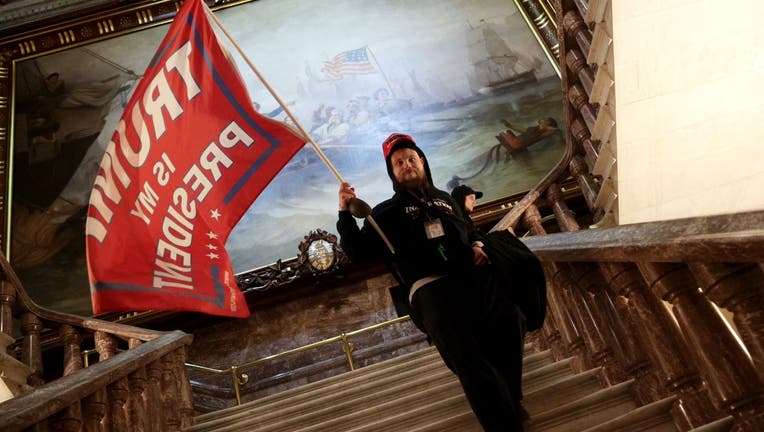 A protester holds a Trump flag inside the US Capitol Building near the Senate Chamber on January 06, 2021 in Washington, DC. (Photo by Win McNamee/Getty Images)

WASHINGTON - The nation witness a historic moment this week – albeit a particularly dark one – when pro-Trump mobs stormed the U.S. Capitol.

Five people died as a result of the incident – including a Capitol police officer who succumbed to his injuries on Thursday.

Historic – yes. But not the first time.

READ MORE: US Capitol secured after being stormed by pro-Trump supporters

The last time the U.S. Capitol was attack was during the War of 1812. 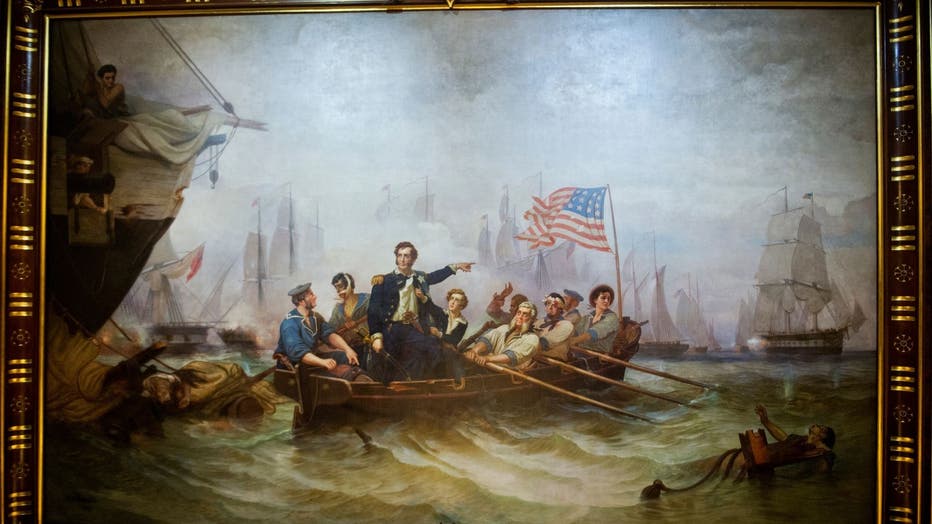 The Battle of Lake Erie appears on the Senate side of the Capitol, August 6, 2015. (Photo By Tom Williams/CQ Roll Call)

A sharp observer may have noticed one of the first professional photos to be released in the midst of Wednesday’s attack showed a man waving a Trump flag in front of a reminder of the moment – a painting depicting the Battle of Lake Erie in 1813.

In 1814, after the Battle of Bladensburg, the British marched on Washington, setting fire to government buildings in the process.
The White House and the Capitol building were among the structures set ablaze during the battle.

On Wednesday, the siege prompted Congress to temporarily halt the Electoral College vote count, which early the next morning formally cemented President-Elect Joe Biden’s victory.
President Trump – without showing any supporting evidence – has consistently maintained that the election was stolen.

Other violent incidents have broken out inside the Capitol building – but none on the same scale.

READ MORE: 'We will never give up, we will never concede': President Trump speaks at rally before Electoral College count

The Washington Post points out that, in March 1954, Puerto Rican nationalists walked into the Capitol building and opened fire on the House floor, injuring five members of Congress; and, in 1971, the infamous Weather Underground placed a bomb inside a bathroom on the Senate side of the Capitol. No one was hurt during that incident.