LOS ANGELES - Justin Bieber canceled multiple shows before revealing on social media that the singer has been diagnosed with Ramsay Hunt syndrome.

Bieber, 28, shared the news in a video on Instagram Friday showing fans that the right side of his face has been paralyzed.

"As you can probably see from my face, I have this syndrome called Ramsay Hunt syndrome," Bieber said on Instagram. "It is from this virus that attacks the nerve in my ear and my facial nerves and has caused my face to have paralysis."

What is Ramsay Hunt syndrome

According to Mayo Clinic, Ramsay Hunt syndrome occurs when a shingles outbreak affects the facial nerve near one ear.

In addition to the painful shingles rash, Ramsay Hunt syndrome can cause facial paralysis and hearing loss in the affected ear.

Mayo Clinic explained that Ramsay Hunt syndrome is caused by the same virus that causes chickenpox. After chickenpox clears up, the virus still lives in your nerves. Years later, it may reactivate. When it does, it can affect your facial nerves.

Prompt treatment of Ramsay Hunt syndrome can reduce the risk of complications, which can include permanent facial muscle weakness and deafness.

Mayo Clinic explained the two main signs and symptoms of Ramsay Hunt syndrome are a painful red rash with fluid-filled blisters on, in and around one ear or facial weakness or paralysis on the same side as the affected ear. 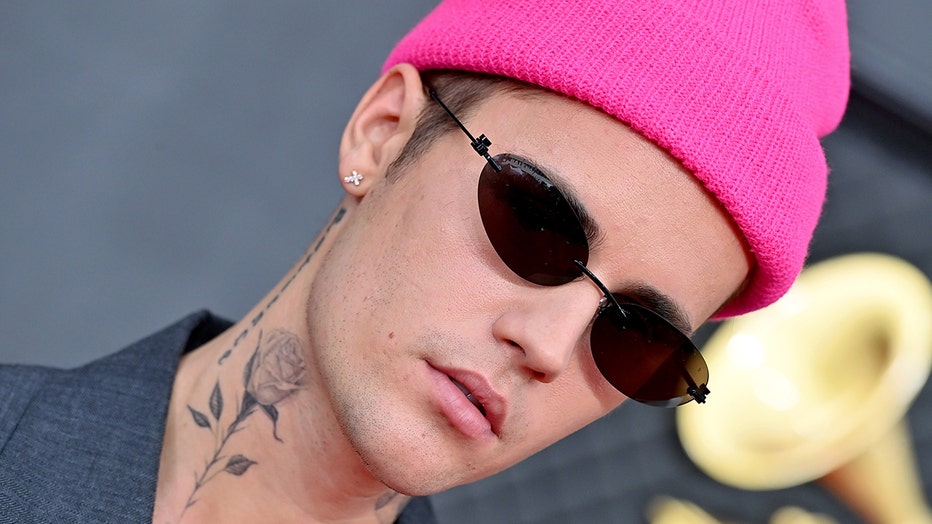 "Usually, the rash and the facial paralysis occur at the same time. Sometimes one can happen before the other. Other times, the rash never occurs," Mayo Clinic wrote.

If you have Ramsay Hunt syndrome, you might also experience ear pain, hearing loss, ringing in your ears (tinnitus), difficulty closing one eye, a sensation of spinning or moving (vertigo), a change in taste perception or loss of taste or dry mouth and eyes.

Mayo Clinic suggests calling your doctor if you experience facial paralysis or a shingles rash on your face. Treatment that starts within three days of the start of signs and symptoms may help prevent long-term complications.

In his social media post, the "Peaches" singer showed fans that he could not blink his right eye, move his right nostril or smile with the right side of his mouth.

"For those who are frustrated by my cancelations of the next shows, I'm just physically, obviously, not capable of doing them," he said. "This is pretty serious as you can see. I wish this wasn't the case, but obviously, my body is telling me that I've got to slow down."

Bieber continued: "I hope you guys understand. I'll just be using this time to rest and relax and get back to 100 perfect so that I can do what I was born to do."

Bieber thanked his fans for being "patient" with him as he recovers.

Bieber recently canceled multiple shows in Toronto. The musician was set to perform June 7 and 8 at the Scotiabank Arena.

"Can’t believe I’m saying this. I’ve done everything to get better but my sickness is getting worse," he wrote on Instagram ahead of the concerts.

"My heart breaks that I will have to postpone these next few shows (doctors orders). To all my people I love you so much and I’m gonna rest and get better!"

This news comes only a couple of months after Bieber’s wife Hailey Bieber had her own health scare in March, suffering a blood clot to her brain.

Bieber posted on Instagram that she was having breakfast with her husband on Thursday when she began feeling stroke-like symptoms.

RELATED: What young people need to know about strokes

"Although this was definitely one of the scariest moments I’ve ever been through, I’m home now and doing well, and I’m so grateful and thankful to all the amazing doctors and nurses who took care of me," she wrote.

Taken to the hospital, she said doctors had found a small blood clot on her brain. But she said her body passed it on its own and she recovered completely within a few hours.

FOX News contributed to this story.