No security system needed at this home. Courtesy: Ed Ferraro

Ed Ferraro recorded video of the gator that was blocking his front door at his home in The Eagles community.

Ferraro said the neighborhood security guards had contacted officers with the Florida Fish and Wildlife Conservation Commission (FWC), but there wasn't a trapper nearby.

The gator hung out on Ferraro's front doorstep for about 10 minutes before going back to the lake close by. 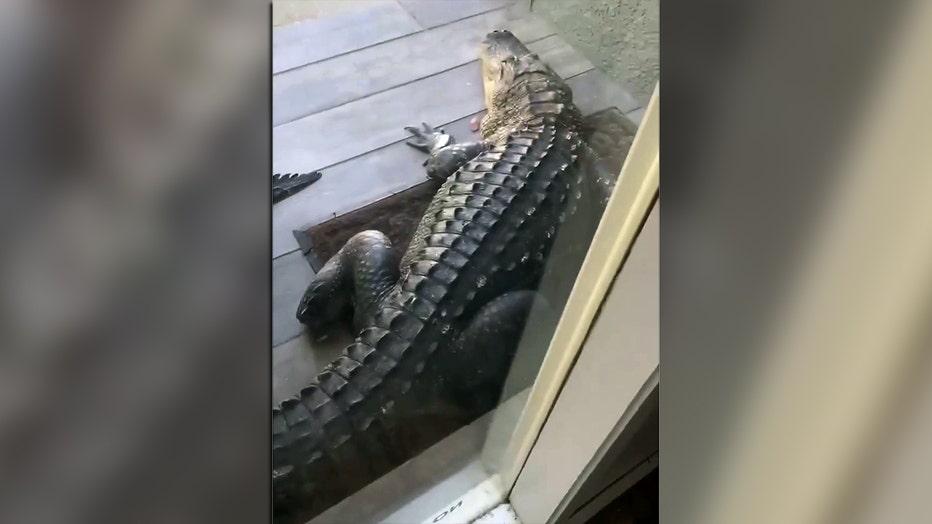