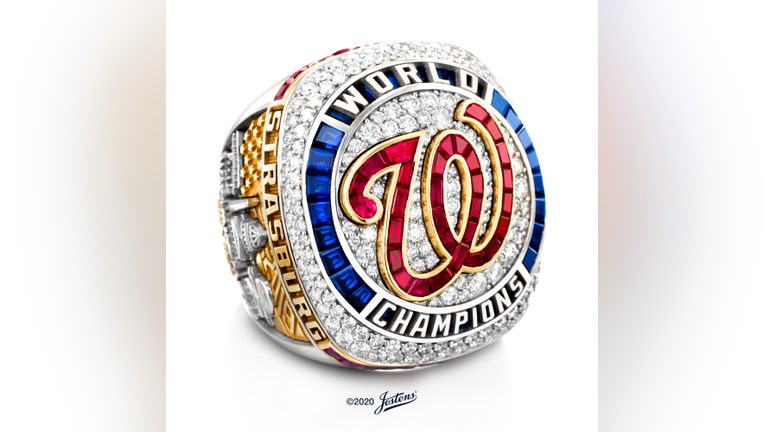 Crafted in 14-karat white and yellow gold, the ring celebrates the incredible accomplishment in a fitting tribute to the franchise, their fans, and Washington, DC.

The top of the ring features the team’s iconic “W” logo, made from 30 custom cut genuine rubies, representing the 30 runs the team scored in the four World Series games in which they were victorious.Surrounding the logo are 58 pavé-set diamonds. Above and below the logo are the words WORLD CHAMPIONS set over the ring of 32 custom-cut genuine sapphires.

An additional 108 diamonds are featured along the ring top, representing the number of regular season and Postseason wins (105), plus one diamond for the World Series Championship, and an additional two diamonds as a nod to the duality of franchise history as the Montréal Expos and the Washington Nationals.

The top and bottom edges of the ring top each feature 12 princess-cut rubies, representing the total number of postseason wins. 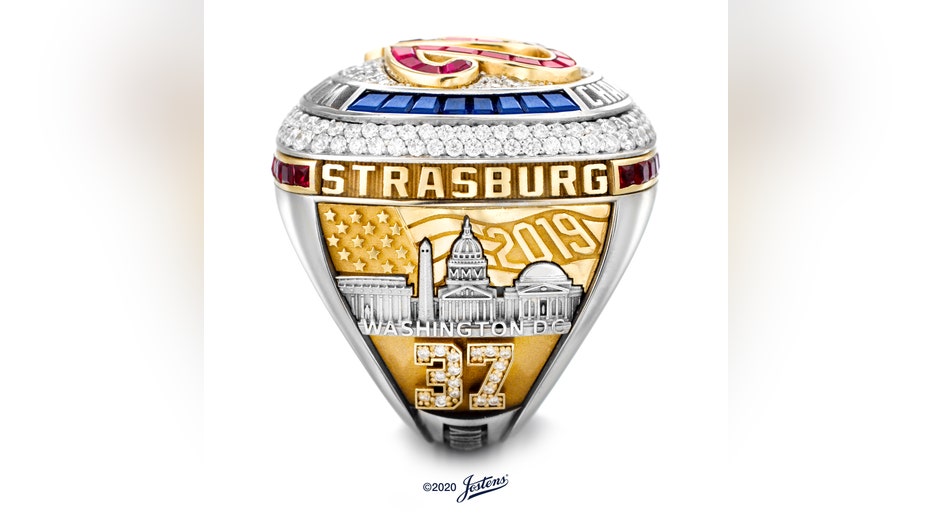 On the left side of the ring in yellow gold is the player’s name in a bold, distinctive font. Beneath the player name, also in yellow gold, is the nation’s flag, along with the 2019 championship year date.In the foreground, in contrasting white gold, are some of Washington, DC’s most iconic buildings and monuments.

The bottom of the ring’s left side serves to display the player’s number, set in diamonds. 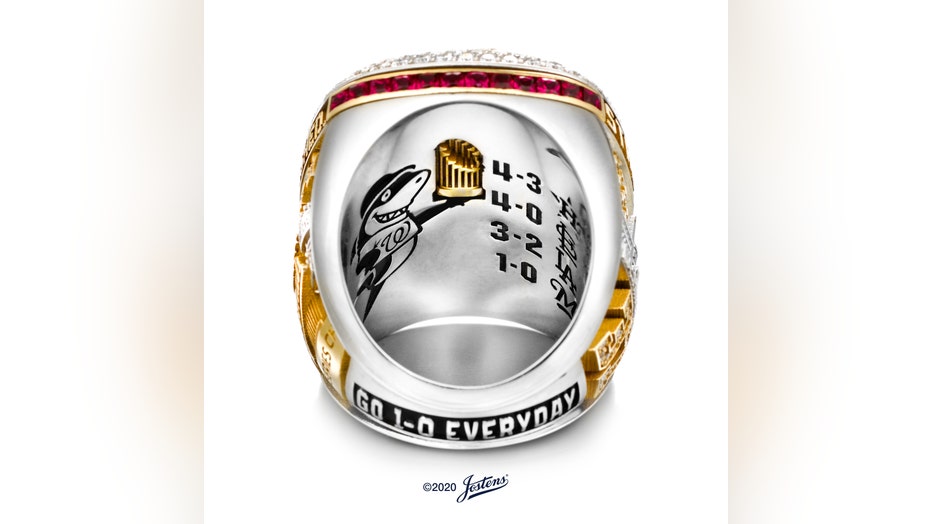 Jostens, the company that produced the rings is also producing a limited edition ring available to the public.