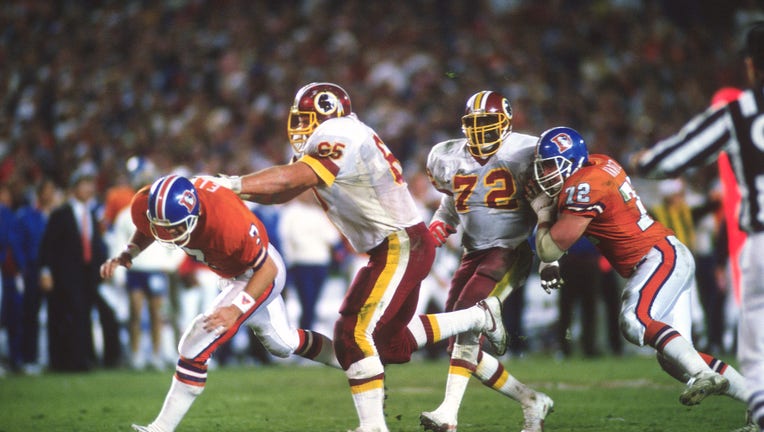 SAN DIEGO, CA- JANUARY 31: Dave Butz #65 of the Washington Redskins puts the pressure on quarterback John Elway #7 of the Denver Broncos during Super Bowl XXII on January 31, 1988 at Jack Murphy Stadium in San Diego, California. The Redskins won the

WASHINGTON - Legendary Washington football player Dave Butz has passed away at the age of 72, according to the Washington Commanders.

Butz played for the Washington franchise for 14 years, where he had three Super Bowl appearances. He was a member of the Commanders' Ring of Fame and 90 Greatest list.

"Sending our deepest condolences to Dave's family and friends," said the Commanders in a tweet Friday.

Butz appeared in 216 NFL games, only missing four in his entire 16-year career.

In 1987, Butz famously checked himself out of the hospital to join the Washington team against the New York Jets.  Despite being sick and feeling dizzy, he made a game-saving sack and was awarded the game ball. Afterward, he checked himself back into the hospital.