Animal activists recently released dramatic video showing dozens of dead foxes in piles and in truck beds&nbsp;with the Humane Society of the United States claiming this was the result of two Maryland wildlife killing contests. The video is stoking anger on both sides.

ANNAPOLIS, Md. (FOX 5 DC) - Animal activists recently released dramatic video showing dozens of dead foxes in piles and in truck beds with the Humane Society of the United States claiming this was the result of two Maryland wildlife killing contests. The video is stoking anger on both sides.

FOX 5 spoke exclusively with the Humane Society of the United States’ undercover investigator who claims to have shot the images at two fox killing contests in Waldorf, Maryland (Charles County) and Unionville, Maryland (Frederick County). The investigator asked not to be identified, due to ongoing investigations but still spoke in an interview calling the contests, “needlessly cruel.”

In the Frederick County event, the investigator tells FOX 5 around 200 dead foxes were presented to judges. The winner allegedly received $400 for killing 38 foxes. This is legal in Maryland.

State hunting laws outline time and location, but for the most part, there are no number limits on hunting “predator animals,” like the foxes we’re talking about in the Human Society’s video.

HSUS wants these contests banned in Maryland. The group believes hundreds of these animals, whether foxes, coyotes or any other animal, are being killed for no reason. They claim there is no evidence that doing serves a conservation purpose and that the animals are mostly discarded. The investigator also claims newer animal calling technology allows hunters to kill dozens with little skill.

“Wasted life. You know, wasted animal life heaped into piles and, you know, people standing around congratulating each other for having killed as many animals as they did. It’s always kind of a shock to see that there is a part of a society who is into that,” said the undercover investigator. 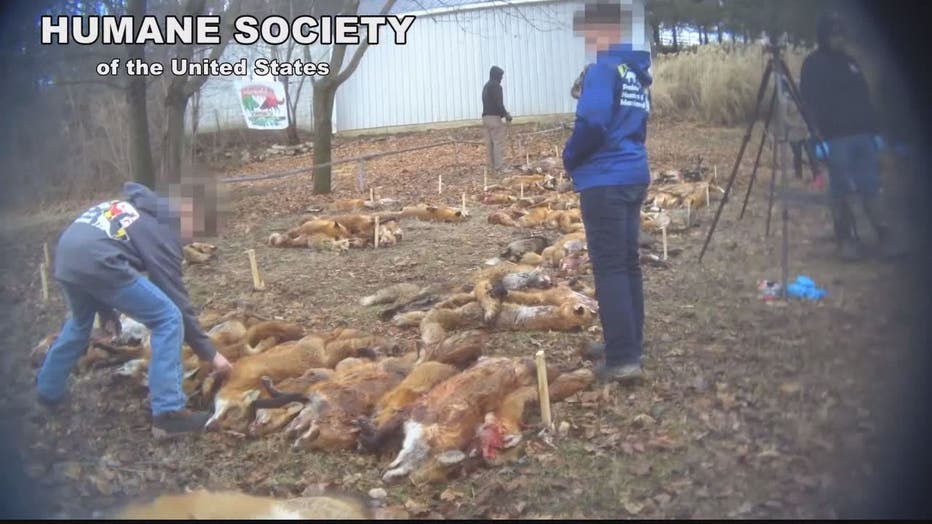 Multiple hunters FOX 5 talked to over the phone were unavailable to interview on camera on Wednesday, but an organization that faces the same scrutiny in Ohio did respond with a statement.

“This video and blog were released only to incite outrage for political gain. There is zero factual and scientific substance to back any of the claims. The facts are, that House Bill 863 would ban organized hunting of even invasive species, including ecosystem-destroying nutria and coyotes …” wrote Bryan Lynn with the Sportsmen’s Alliance.

His statement also said, “There is no scientific fact that even mildly supports banning hunting of furbearers. In fact, keeping growing populations of furbearers in check reduces outbreaks of diseases, such as rabies and mange, both of which have plagued Maryland and surrounding states recently, as well as keeping citizens, children and pets safe.”

“The fact is they’re doing it for fun,” said the undercover investigator.

House Bill 0863, sponsored by Maryland Delegate Dana Stein, seeks to put a stop to these contests. Several Human Society supporters were there to defend the bill.

At least one person there to testify against it told FOX 5 off-camera, he did not see the video. This person called the bill “overreaching” and says the legislation could also “attack” non-lethal hound trials, which is something this person said he and his family go to see. 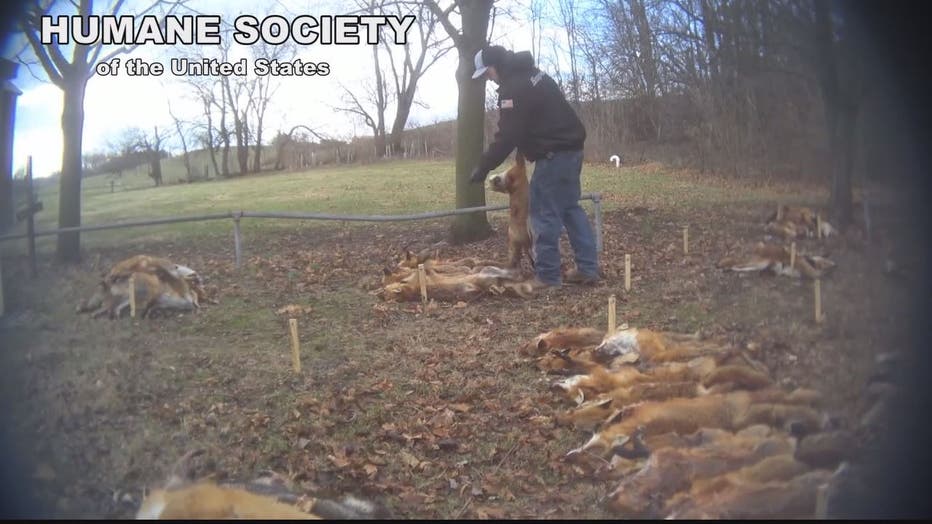 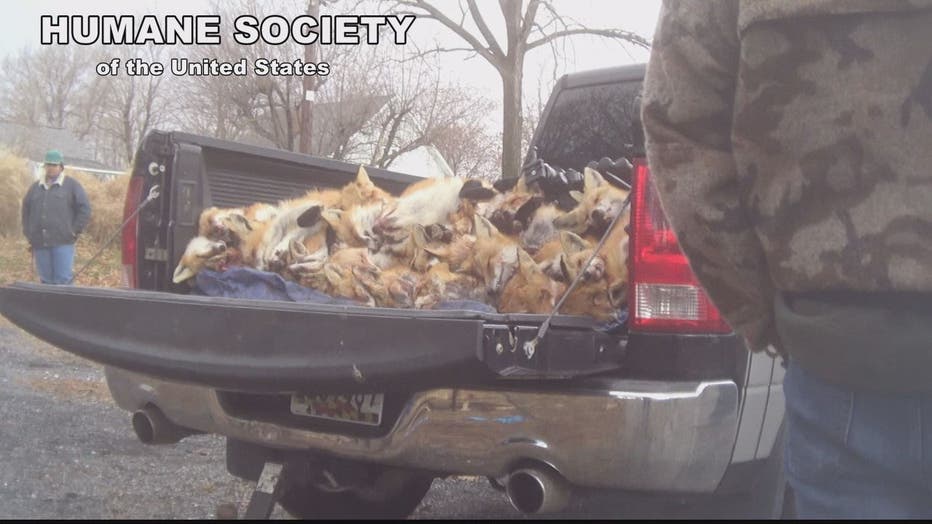