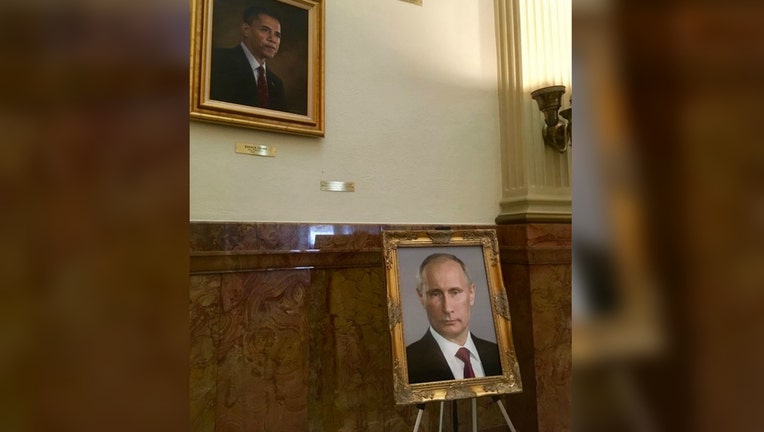 But on Thursday, a prankster placed a portrait of Russian President Vladimir Putin on an easel below the blank space on the wall where Trump's portrait would go.

Putin's portrait was removed by a tour guide, but not before state Sen. Steve Fenberg, D-Boulder, tweeted a picture.

The presidential portraits cost about $10,000 and are paid for through donations.

Jay Seller of the Colorado Citizens for Culture, the group that collects the donations, says it took about four months to collect the money for the portraits of former presidents Barack Obama and George W. Bush.