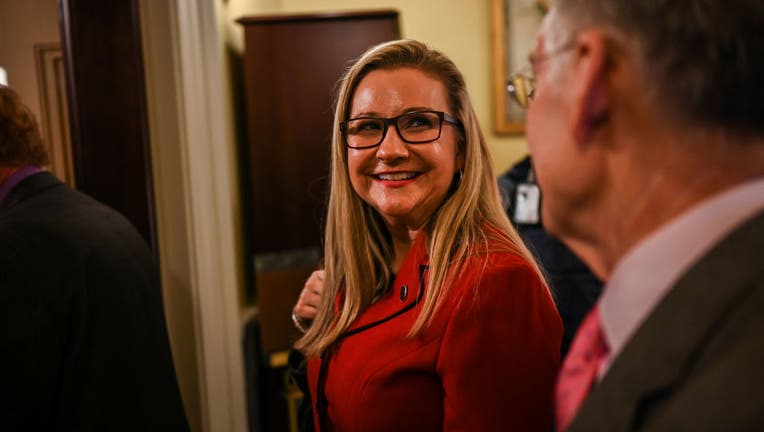 RICHMOND, VA - JANUARY 9: Sen. Amanda Chase, (R-Chesterfield), arrives for the State of the Commonwealth speech in the House chambers at the Capitol on Wednesday, January 9, 2019, in Richmond, VA. (Photo by Salwan Georges/The Washington Post via Gett

RICHMOND, Va. (AP) - A Virginia Republican state senator says she's running for governor next year as an unabashed conservative on a platform of promoting gun rights.

Sen. Amanda Chase announced her candidacy Monday to a crowd of about 100 outside the Capitol on Monday, saying voters were unhappy with the state's new liberal direction under a Democratic majority.

Current Gov. Ralph Northam, a Democrat, is not able to seek a consecutive term under state law.

A populist who often clashes with members of her own party, Chase represents a conservative district near Richmond and easily won reelection last year. But she faces strong headwinds in a statewide race.