A cell phone video showing a handcuffed man being kneed into the ground by a Montgomery County police officer was played in court on Tuesday.

ROCKVILLE, Md. (FOX 5 DC) - A cell phone video showing a handcuffed man being kneed into the ground by a Montgomery County police officer was played in court on Tuesday.

In fact, the jury was shown two angles of the same alleged assault as well as video from inside the Aspen Hill McDonald's as police tried to take 19-year-old Arnaldo Pesoa into custody.

As the videos were played, Pesoa's father, who was sitting in the front row, quietly groaned and put his head in his hands. Testimony from several officers who were at the McDonald's that day said Pesoa had been resisting arrest and it took several minutes before they could get him into handcuffs.

Although each officer was questioned about whether Pesoa was spitting on officer Kevin Moris, none of them said they had actually seen him do it. Some officers said they had heard spitting noises while another said he heard Moris tell Pesoa to stop spitting on him.

The state's case was presented quickly and was completed before lunch. Only three people testified — all of them police officers.

The jury will have to decide if the alleged assault caught on camera was a criminal act or if Moris used reasonable force to defend himself against a teen he says was spitting bloody saliva on him.

Corporal Scott Smith, who was with the team of officers trying to arrest Pesoa on July 3, 2019, was the state's first witness. 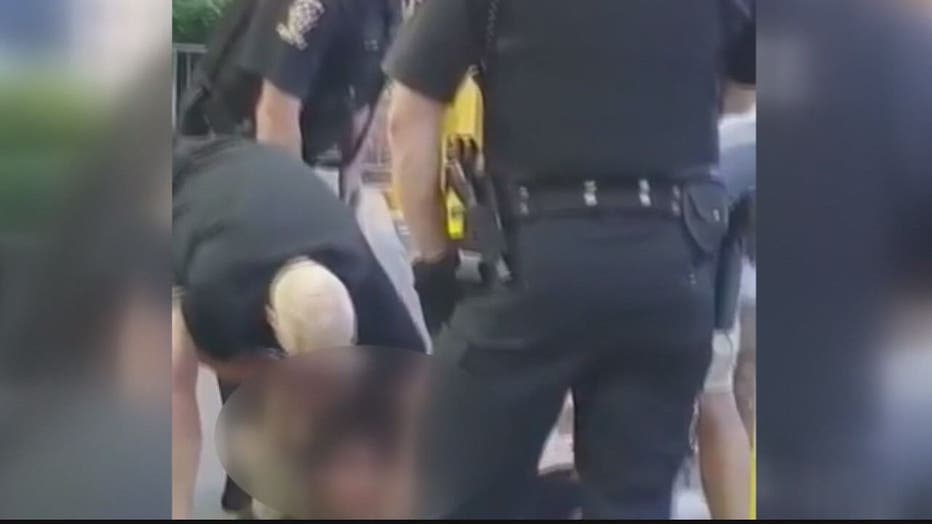 He told the court that Pesoa, "Had previously spit on (Officer) Moris's ankle and he was put on the ground"

"Did you see that? (The spitting)?" asked the prosecutor. Smith replied, "No".

As far as a description of what Officer Moris did Corporal Smith told the court, "He dropped his body weight on him — there was no recoil — it was not a knee drop."

Moris is charged with Second Degree Assault and Misconduct in Office. At the end of the state's case, Moris's defense attorney Morgan Leigh asked for an acquittal. It was denied by Judge Nelson Rupp.

Court records show Pesoa pleaded guilty to the drug charge in November and was given probation.

The case is expected to wrap up Wednesday with testimony from Moris.