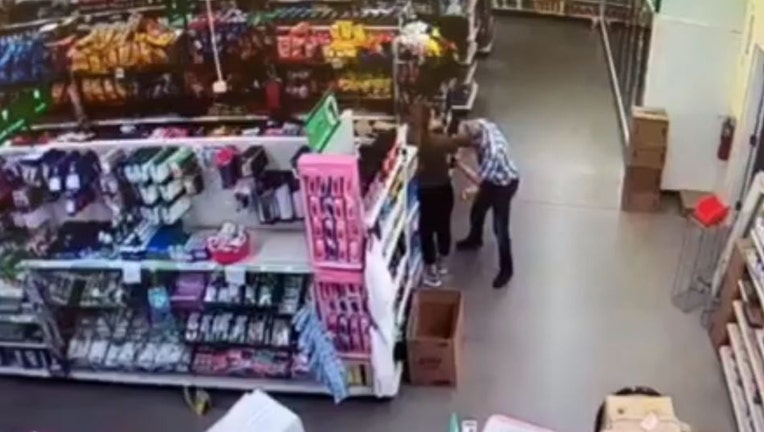 Holly Police posted video of a man they said wiped his face on a Dollar Tree employee's shirt after being told he needed to wear a mask.

HOLLY, Mich. (FOX 2) - Police in Holly, Michigan, have arrested a man they said used a Dollar Tree employee's shirt to wipe his nose after being advised that he had to wear a mask in the store.

According to the Holly Police Department, the older man is expected to be charged for assaulting the Dollar Tree employee on Saturday.

Police said around 1:30 p.m., the clerk was working in the store when she noticed an older man walking through the store without a mask, despite signs that said all customers must wear a mask to enter the store posted on the entry.

When the clerked told the man that he needed to wear one, she said he walked over and said: "Here, I will use this as a mask" and then wiped his face on the sleeve of her shirt. Holly police posted a video of the incident on their Facebook page

Holly Police said the man was loud and disruptive before finally leaving the store. More details about the suspect are expected once he is formally charged likely on Tuesday.

Holly police say the man will be charged with assault.