FAIRFAX COUNTY, Va. (FOX 5 DC) - Technology is taking over the farming industry in a northern Virginia community as Beanstalk Farms opens up shop in Herndon.

The new business is touting its one-of-a-kind technology that enables massive amounts of produce to grow indoors without sun, and with minimal overhead. 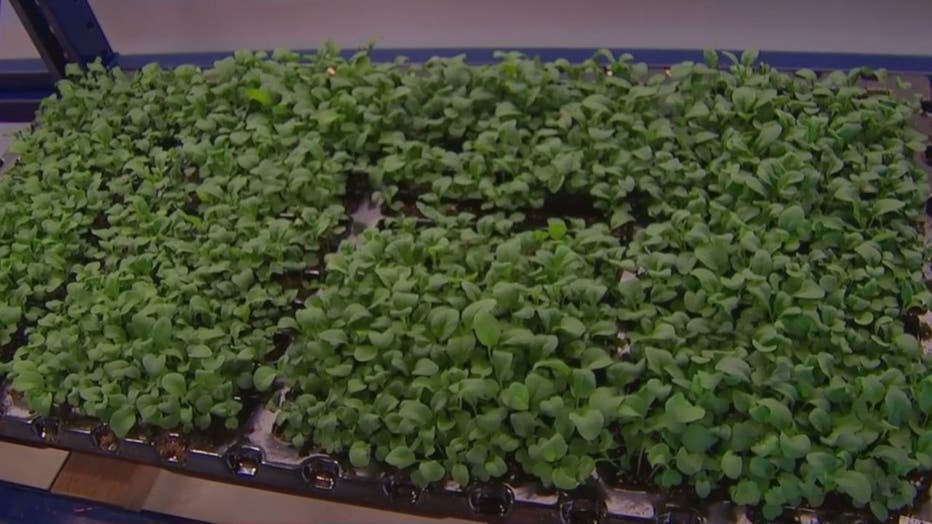 This all comes at a time when record inflation is curbing grocery shopping habits nationwide.

READ MORE: Is inflation cooling off? It depends where you live

The mixture used is proprietary, but the outcome is all the same — greens, herbs and plenty of vegetables. The founders say they’re using hydroponic technology.

Brothers Jack and Michael Ross are the masterminds behind the creation and say it can produce more than double the production of traditional farming.

"This is important because we need to have more nutrition in our food system," says Michael Ross.

So far, Ross says it’s been overwhelming, starting at the top. This is their second location. The first opened back in Springfield four years ago.

Virginia Governor Glenn Younkin is a fan and participated in a ribbon-cutting ceremony for this new location last week.