A brick or heavy object came through the stained glass window at Shiloh Baptist Church on Sophia Street in Fredericksburg.&nbsp;The culprit was caught on camera.

FREDERICKSBURG, Va. (FOX 5 DC) - A brick or heavy object came through the stained glass window at Shiloh Baptist Church on Sophia Street in Fredericksburg. The culprit was caught on camera.

Police aren’t yet calling it a hate crime but church leaders aren’t mincing any words — saying they are under attack for their religion, race and more. They believe they were a target and the attack was intentional since this church and their sister church were hit.

The church is an official historic landmark, said to be the oldest African American church in the Fredericksburg area — once a hospital to Union soldiers during the civil war.

The church and its newer sister church nearby, also known as Shiloh Baptist were both hit by vandals. 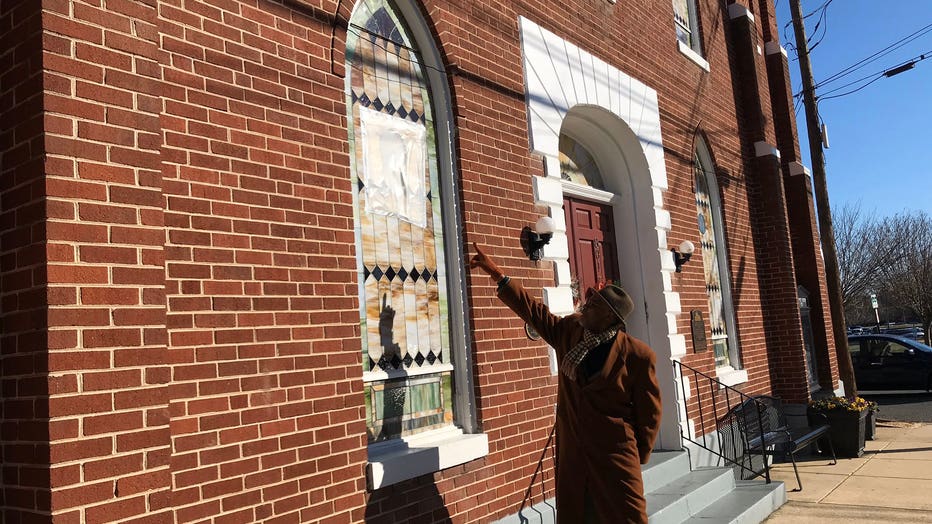 As surveillance video shows a man threw a brick through a stained glass window at the older Shiloh church. Two windows were reportedly broken at the new Shiloh Baptist Church.

“Right now, we’re investigating both incidents as vandalism. It’s very hard to prove something as a hate crime without admission, without a note making that intentional statement that it’s for reasons of a hate crime,” said Sarah Kirkpatrick, Public Information Officer for the Fredericksburg Police Department.

The Fredericksburg Police Department is offering a cash reward for information leading to an arrest and conviction of the person responsible for this crime.

Shiloh Baptist Church, the old site, is officially a historic landmark, named one by the US Department of Interior in 2015.