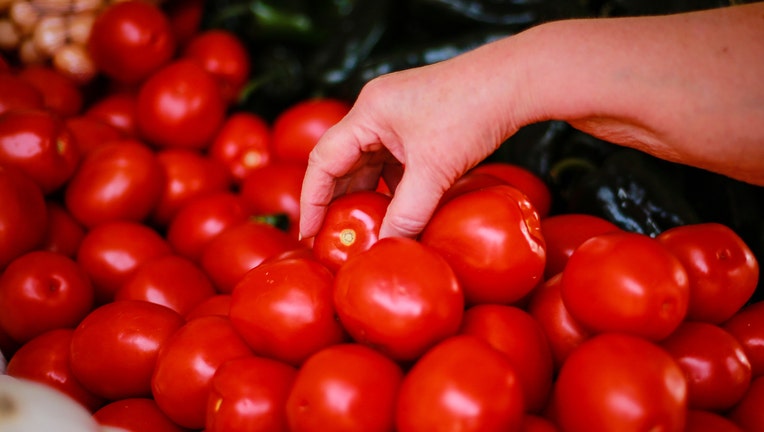 MEXICO CITY, MEXICO - MAY 09: A woman picks a tomato at a market on Matías Romero street on May 9, 2019 in Mexico City, Mexico. On May 7 the United States imposed a 17.5% tariff on tomatoes of Mexican origin after a breakdown of a 22 year agreement.

WASHINGTON - The United States made an 11th-hour agreement with Mexico over dumping tomatoes on the U.S. market. The agreement means there will be price stability for tomatoes for multiple years to come, Commerce Secretary Wilbur Ross told FOX Business.

“This never would have happened if the president did not threaten tariffs Opens a New Window. ,” Ross said during an interview Wednesday, adding, "The real objective of the administration is not tariffs, but free trade, and this proves that point.”

Mexican tomatoes account for 50 percent of U.S. consumption, according to Ross, and about 400,000 jobs for Mexico. “This means they won’t be dumping tomatoes in our market," he said.

The Commerce Department, according to Ross, was prepared to make permanent 25% tariffs on tomatoes starting Wednesday. On May 7, the United States announced the suspension of a 2013 agreement. That suspension reinstated tariffs of 25%. Under the new agreement, Mexican farmers can recoup the tariff they have paid since May 7.

“This result is good news because it will keep the market open for our tomato exports to the United States,” Mexican Economy Minister Graciela Marquez Colin said in a tweet.

Negotiations have been going on since that date. The talks intensified over the past two weeks with about 20 meetings between the two trade teams.

“The President will make sure other countries will not take advantage of US farmers,” Ross warned.

The agreement, in draft form, is expected to be signed Sept. 19.