RICHMOND, Va. - The University of Richmond has announced the removal of several former slave owners' names from six campus buildings.

The Virginia school's president Kevin Hallock along with the board of trustees outlined the decision in a letter released on Monday.

"Over the past year, the commission undertook a thorough review of naming issues, seeking to engage every member of the university community in the process," the letter read. "Through a Gallup survey, listening sessions, letters, e-mails, and individual discussions, more than 7,500 students, staff, faculty, alumni, and parents shared their opinions, suggestions, and experiences."

The passionate and thoughtful engagement of so many in this process has been extremely valuable, and we are grateful. The widest possible range of views were shared, and the commission and the Board devoted significant time to careful review of all perspectives." 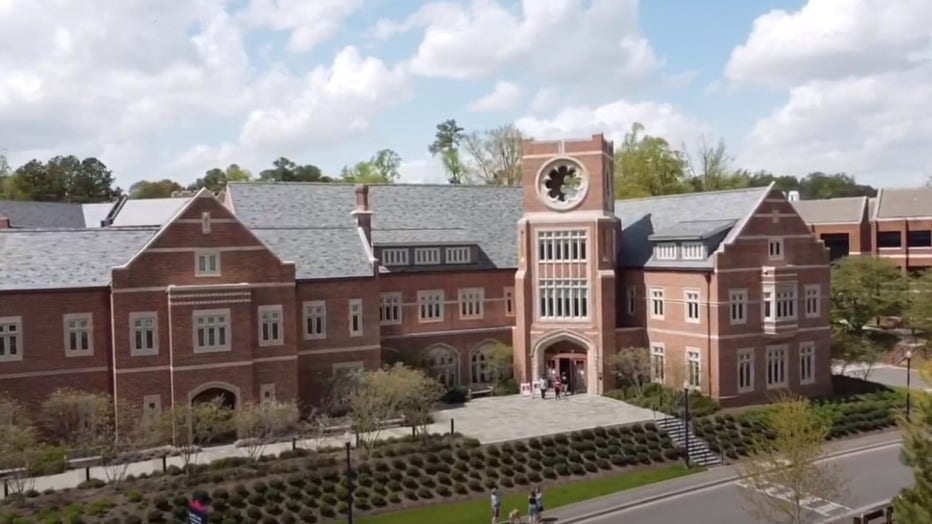 Through its research, the board determined Rev. Robert Ryland, Douglas Southall Freeman, James Thomas, Jr. Dr. Jeremiah Bell Jeter, Bennet Puryear, and Sarah W. Brunet no longer deserved to have their names engraved on residence halls, the humanities building, and an old dining hall, among other structures.

According to the university, Rev. Ryland, who served as the school’s founding president, enslaved people. Jeter, Brunet, Thomas, and Puryear owned slaves as well.

"We recognize that not all members of our community will agree with these decisions," Hallock wrote. "And we recognize that the University would not exist today without the efforts of some whose names we have removed. The Board’s decision to adopt the principles and remove building names, while ultimately unanimous, was extremely challenging."

The changes arrive nearly a year after the university upset some students and staff with its decision to leave the names of Freeman and Ryland on campus buildings despite their connections to slavery and segregation.