UMD grad sues after being served food with gluten

A graduate of the University of Maryland, College Park is now suing her alma mater for alleged negligence when it came to her dietary needs.&nbsp;

COLLEGE PARK, Md. (FOX 5 DC) - A University of Maryland Graduate is suing her Alma Mater for allegedly neglecting to meet her dietary needs.

The student says she was hospitalized after University staff deliberately gave her gluten knowing she has Celiac Disease.

Smith was diagnosed with celiac disease as a teen, and as treatment she must maintain a strictly gluten-free diet.

She’s is 23 years old now, but in 2017 before she committed to living on the University of Maryland College Park campus as a college student,she tells Fox5- she and her parents went in person to meet the chef and dining services director, to explain the severity of her reactions to gluten , and to make sure the university could accommodate her special dietary needs.

"They took us around dining hall.. and I felt safe,"she said.

Students who live on campus are required to buy a dining meal plan. And according to Hannah, the university assured her they could accommodate. 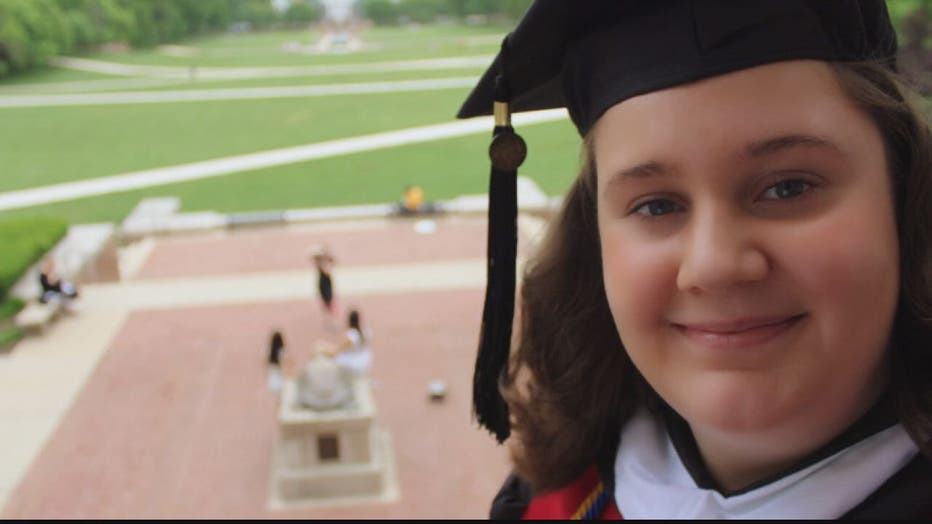 From 2017-1018 Smith’s meals were specially prepared and set aside.

"I did question whether or not it (the food) had gluten and every time a staff member read the ingredients, and she said no it doesn’t have gluten. You’re fine. I trusted them,"said Smith.

But according to a recently filed lawsuit against the University of Maryland, there were 4 instances where the university allegedly failed to leave out gluten in Smiths meals.

"The 3rd episode was the worst for me, I went into the dining hall asked for hash browns and eggs...within the hour, it wrecked total havoc on my body. I was Vomiting, This time vomiting for hours, In and out of consciousness,"she said.

Smith had to be hospitalized after that 3rd episode. And According to emails obtained by Fox 5: the university dining services director at the time, Colleen Wright-Riva, responded to her in an email dated April 23rd 2018, saying:

"I believe the hash brown patty we served you may have been part of the issue since it does have a wheat flour used to hold it together."

Wright-Arvia does add "we take your health seriously."In the email, She also claims that Smith May be eating directly from the main Dining stations, but Smith denies those accusations. She said she never ate from the main dining stations because of fear of cross contamination.

In another email from 2017 after a different incident, a dining official, John Gray, says a staff member "read malt on the ingredients but did not know it was gluten."

In the lawsuit Smith also claims, her specially prepared food was set aside in the kitchen of the dining hall, openly exposed to other food.

Now, this graduate wants the university to be held accountable.

"More than anything I don’t want this to happen to anybody else.... and I want people with celiac to know they’re not the problem. They’re not asking a lot to have a seat at the table,"said Smith.

FOX 5 is waiting on an official response from the University. On their webpage they have a designated allergy and special diets advisory board dedicated to improve dialogue with and respond to students with food allergies and special dietary needs.