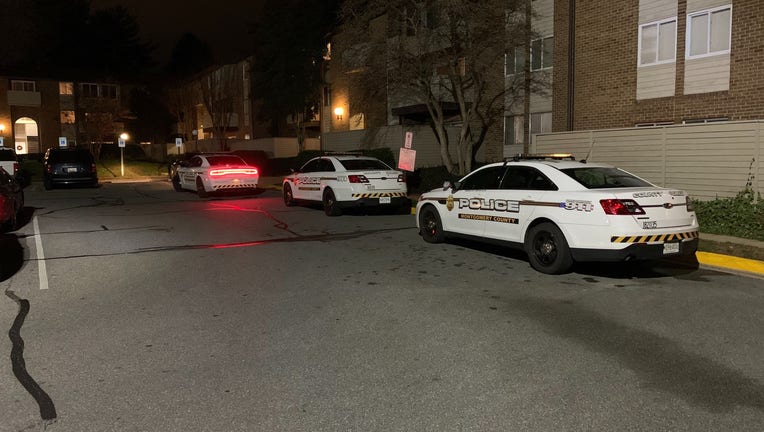 The shooting happened around 5:20 p.m. in the 19400 block of Brassie Place in Montgomery Village. (FOX 5 DC / Nick Petrillo)

MONTGOMERY VILLAGE, Md. - A two-year-old boy is in the hospital after a shooting Saturday night in Montgomery County.

Police say they were called around 5:20 p.m. to the scene in the 19400 block of Brassie Place in Montgomery Village.

The boy is hospitalized with non-life threatening injuries. Police are still investigating the circumstances the shooting. They do not have a suspect description.

Police said Sunday that the boy was shot inside a home on the block. The boy does not live in the home where he was shot. Police say they are continuing to investigate if the shooting was an accident or a criminal act.

The boy suffered an injury to his lower extremities, police said.

The boy was shot just days after Carmelo Duncan, a 1-year-old boy, was shot and killed in Southeast DC.