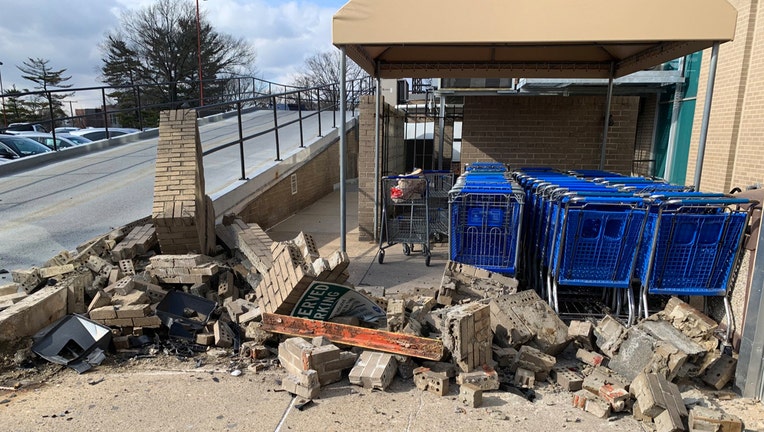 The aftermath of the crash Saturday afternoon at Rodman's in Friendship Heights. (DC Fire & EMS)

WASHINGTON - Two people are in the hospital after a car crashed outside a grocery store Saturday in Friendship Heights, officials say.

The crash occurred in the afternoon near the rear entrance of Rodman's, 5100 Wisconsin Ave. NW.

Firefighters on the scene say the two victims, who were standing outside the store, suffered non-life-threatening injuries:

The driver was unharmed, firefighters say.